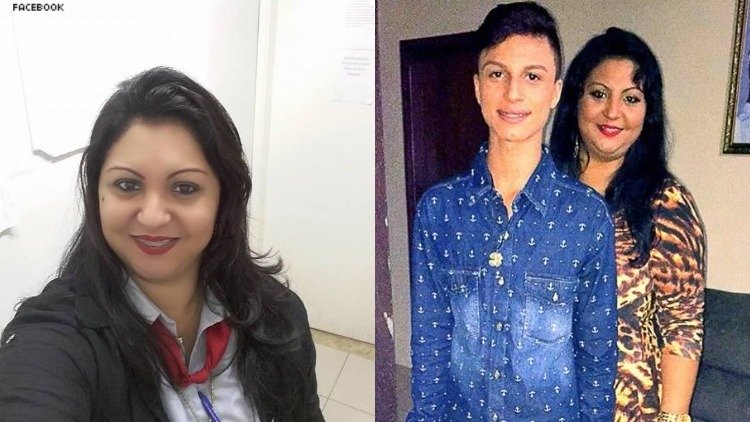 A Brazilian woman was sentenced to more than 25 years in prison for killing her own son for being gay, according to reports.

Tatiana Ferreira Lozano Pereira is accused of stabbing her 17-year-old son, Itaberli Lozano, to death in Sao Paulo when hitmen failed to do the job in December 2016, Out magazine reported.

Prosecutors allege Pereira had been fighting with her son over his sexuality before she hired two thugs, Victor Roberto da Silva and Miller da Silva Barissa, to kill the teen.

The pair allegedly beat up the boy after his mother lured him home under the guise of reconciliation but they refused to finish the job, leaving Pereira to stab him herself, the outlet reported.

Pereira admitted to killing her son at the trial, claiming that he had threatened her life, the outlet reported.

But relatives said that the teen wasn’t violent and his mother had always rejected him because he was gay, the Daily Mail reported.

“He had a job, he was very polite, [and] he never quarreled with anyone,” his uncle, Dario Rosa, told police. “He only had problems with his mother, who did not accept that he was a homosexual.”

A jury sentenced the mom last week to 25 years and eight months in prison in connection to the teen’s death.

Loading...
Newer Post
Aye!!! The Smart TV You Just Bought May Be Spying On You
Older Post
England to Play Austria and Romania in Euro 2020 Warm-Ups

DOMA Head Gregory Aboud: “The Banks can do more as social partners to help the population in the pandemic” 0