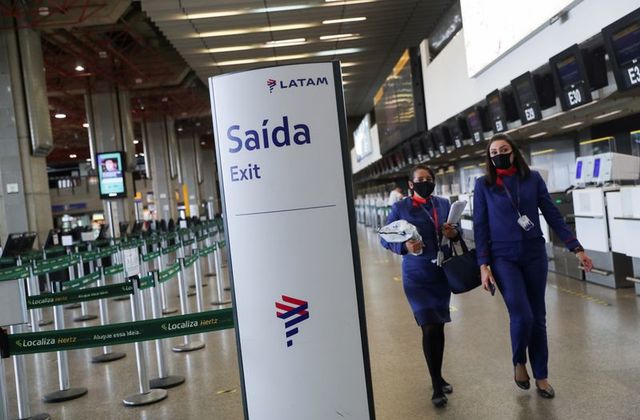 Against the rest of the world, Brazil continues to be the only South American country and one of the few without restrictions on the entry of foreigners through airports at the federal level, not adopting measures common to visitors who arrive from abroad by this means, such as presenting a negative diagnosis for Covid-19 or mandatory 14-day quarantine, according to updated data from the International Air Transport Association (IATA).

Brazilian airports will be able to receive international flights

MONTHS AFTER THE START OF THE PANDEMIC, THE VAST MAJORITY OF COUNTRIES, INCLUDING THOSE BORDERING BRAZIL, AFFECTED TO VARYING DEGREES BY THE NEW CORONAVIRUS, STILL MAINTAIN SOME KIND OF PARTIAL OR TOTAL RESTRICTION TO INTERNATIONAL TRAVELERS BY AIR, LAND AND SEA.

However, at the end of September, the Brazilian government, in turn, authorized the entry of foreigners, of any nationality, at all airports in the national territory. The veto on the entry of foreigners “by road, other land or waterway” remains in effect. The only prerequisite is compulsory health insurance.

Two months earlier, the entry of foreigners by air had already been partially released, with restrictions at airports in some states.

International flights and the entry of foreigners in other ways had been restricted in March, due to the Covid-19 pandemic.

In the world, there are few countries without any restrictions on travelers arriving at their airports. In addition to Brazil and Mexico, Serbia, Albania and North Macedonia are some of them. In the case of Serbia, however, citizens of Bulgaria, Croatia, North Macedonia and Romania need to be provided with a covid-19 negative PCR test issued 48 hours before departure.

Turkey has also lifted its restrictions on entry of foreign tourists by air, but continues to conduct medical screening at its airports. If they show symptoms, they will be tested. And if they test positive, they will receive medical treatment.