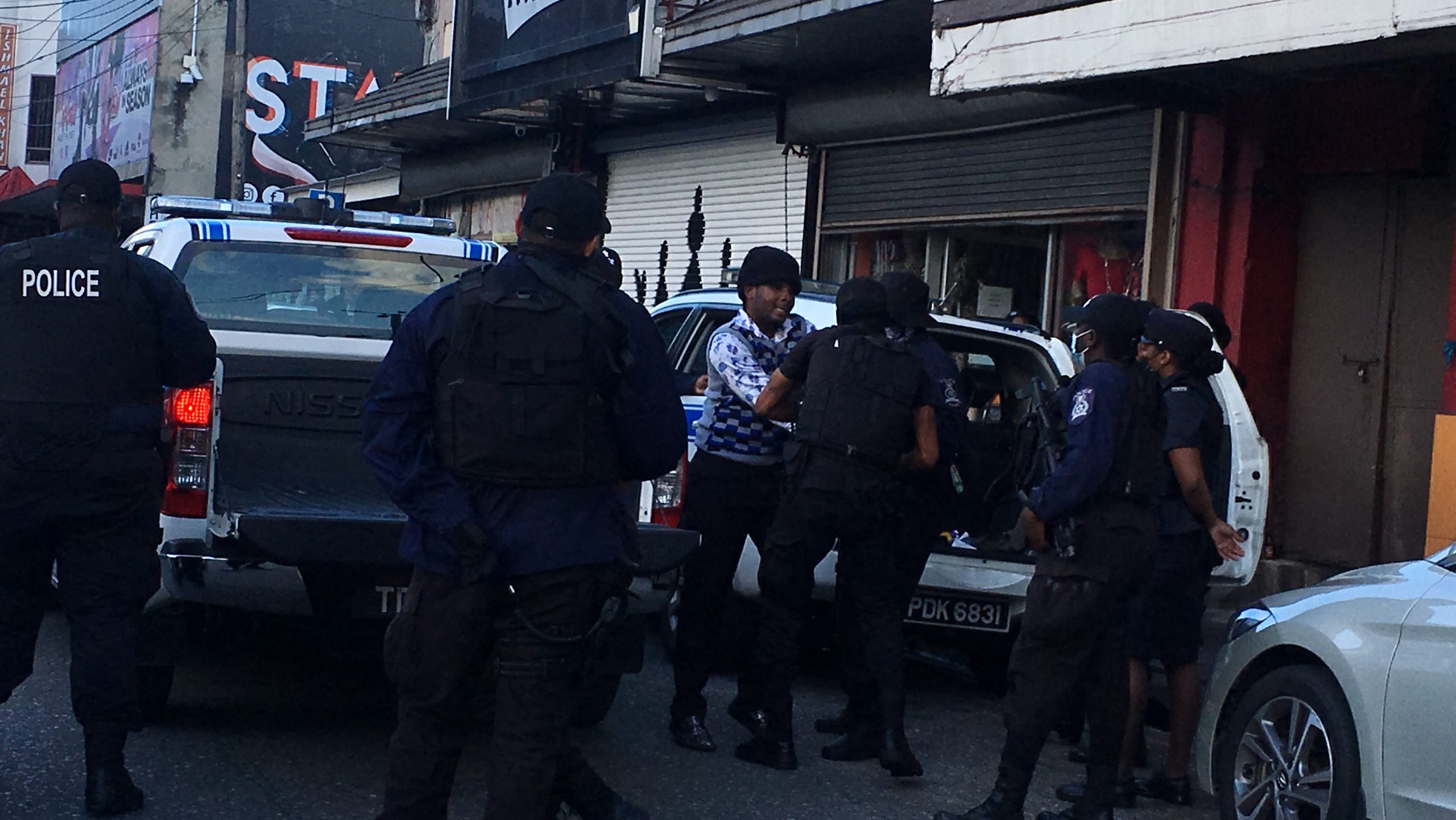 It is not unusual for Port-of-Spain to go a day without some sort of police on civilian action.

Just after 4pm on the corner of Henry Street and Independence Square, a man clad in a blue and white cardigan with black trousers was arrested by members of the TTPS – however he was given a few clouts and beaten about the body for resisting arrest before being carried away in a second police jeep.

IzzSo Media Ltd was on the scene. 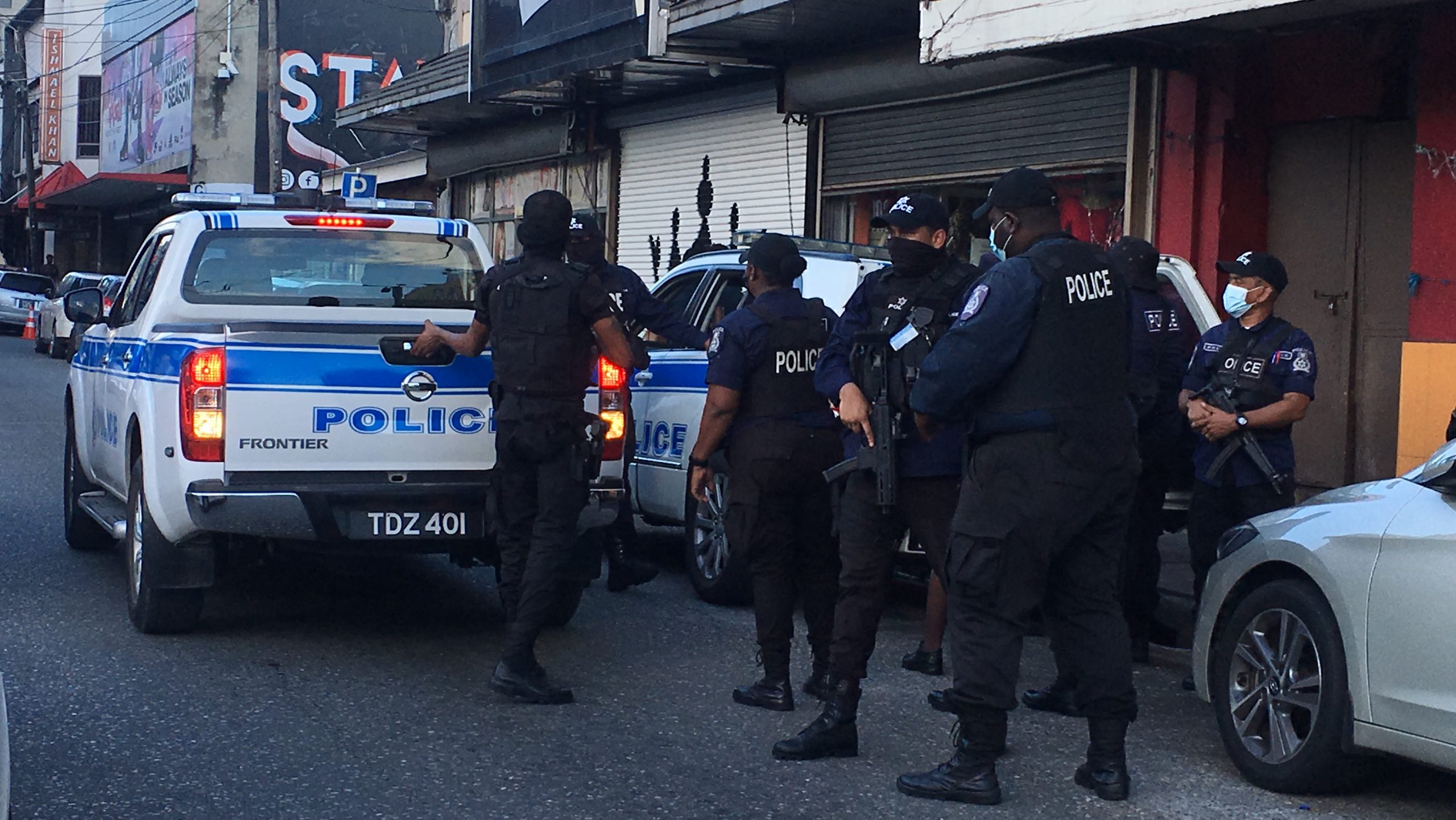 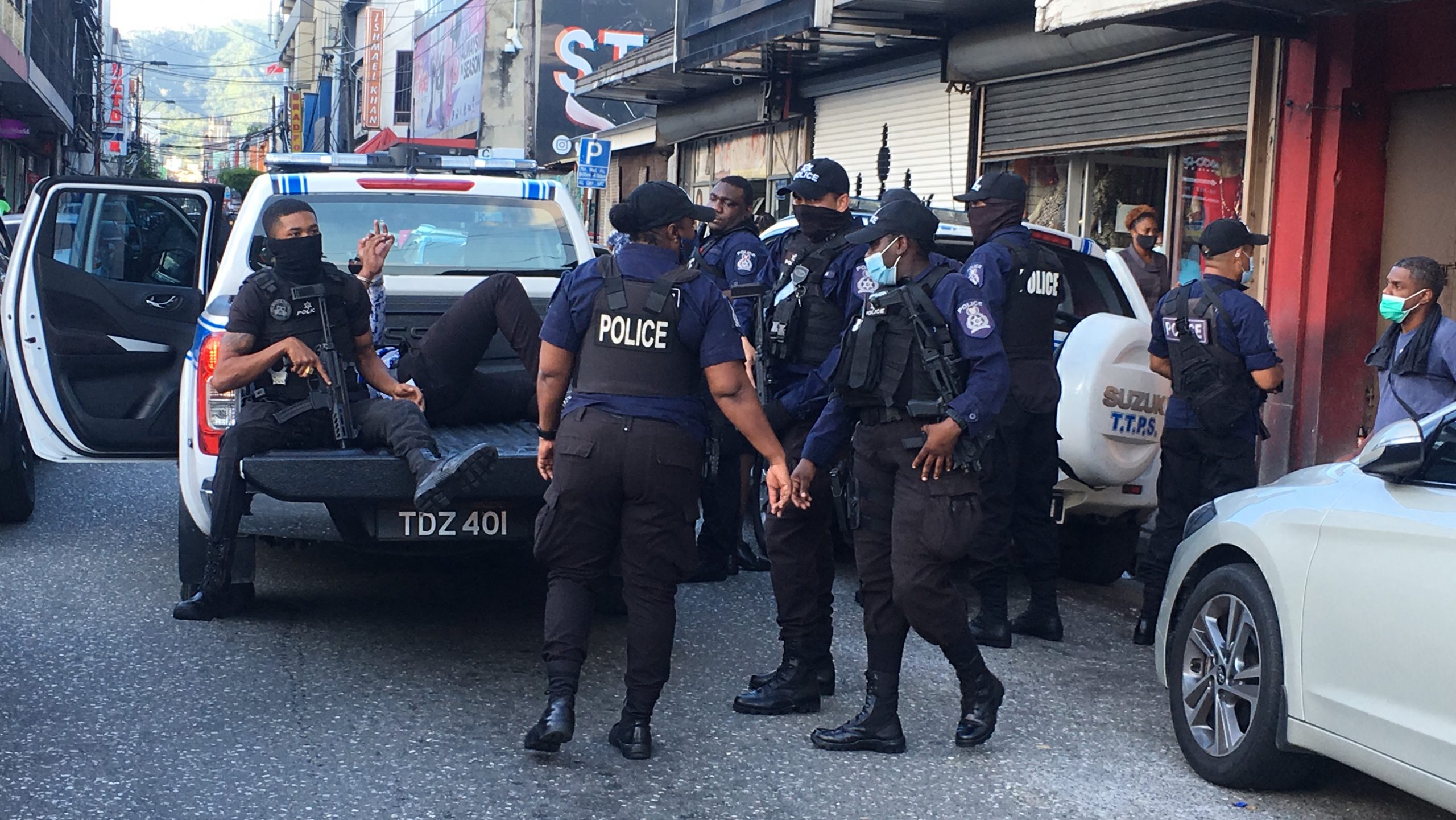 According to a female officer, the man was allegedly stalking a group of young women who in turn reported his actions to nearby police officers.

The young man was then approached and allegedly refused to give any sort of identification (he was however wearing a mask and had a bag in his possession).

When he refused to give ID he was accosted by more female police officers who attempted to drag him to the ground, beat him across his body, tap him over his head while making way to place handcuffs on him.

When their attempts failed back up support came from a second jeep; loaded with a few more officers who lifted him up and placed the young man in the back of the van. 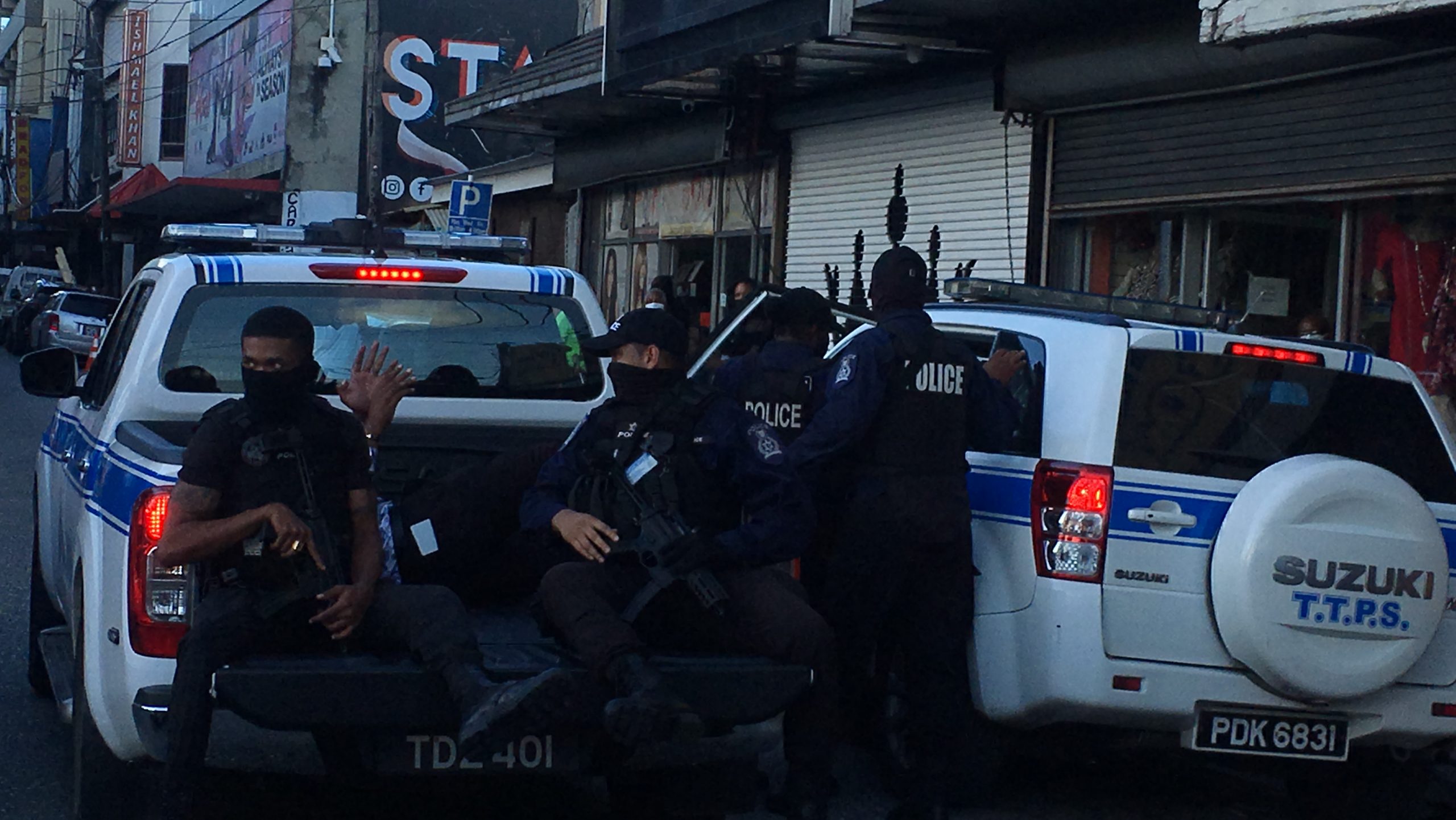 The young man repeatedly asked the officers why he was being arrested, (he was not told why) he also claim they did not present any ID to him and be continued to resist arrest.

Onlookers gathered at the site and began taping the incident.