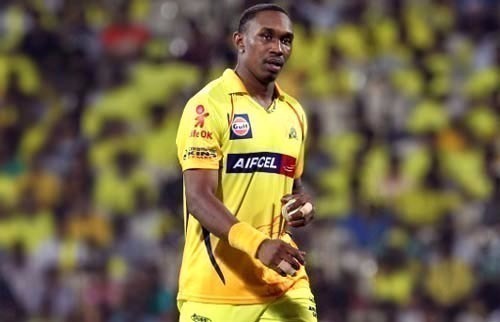 Bravo ruled out of IPL with groin injury

In yet another blow for the Chennai Super Kings (CSK), all-rounder Dwayne Bravo has been ruled out of the remaining matches of Indian Premier League (IPL) 2020 because of a groin injury.

CSK chief executive officer Kasi Viswanathan has informed that Bravo has suffered a Grade 1 tear to his right groin and would be leaving the United Arab Emirates (UAE) for the West Indies on Thursday.

“He is out of the IPL. He has been diagnosed with a Grade 1 tear in the right groin,” Viswanathan to ESPNcricinfo. The all-rounder will require at least 2-3 weeks to recover.

The 37-year-old picked up the injury during CSK’s match against the Delhi Capitals on October 17. He was able to bowl only three of his four overs and in his absence, MS Dhoni went with Ravindra Jadeja to bowl the 20th over with the Capitals needing 17 to win. Axar Patel hit 6, 6, 2, 6 and won the match for the Shreyas Iyer-led side with a ball to spare.

Bravo did not feature in CSK’s next game against Rajasthan Royals which the three-time IPL champions lost by seven wickets. He featured for CSK in just six matches this season, scoring seven runs and picking up six wickets.

They have just six points from 10 games and are currently placed at the bottom of the table. They will next take on Mumbai Indians on Friday in Sharjah.

Ministry reminds public of fireworks usage ahead of Independence Day 0