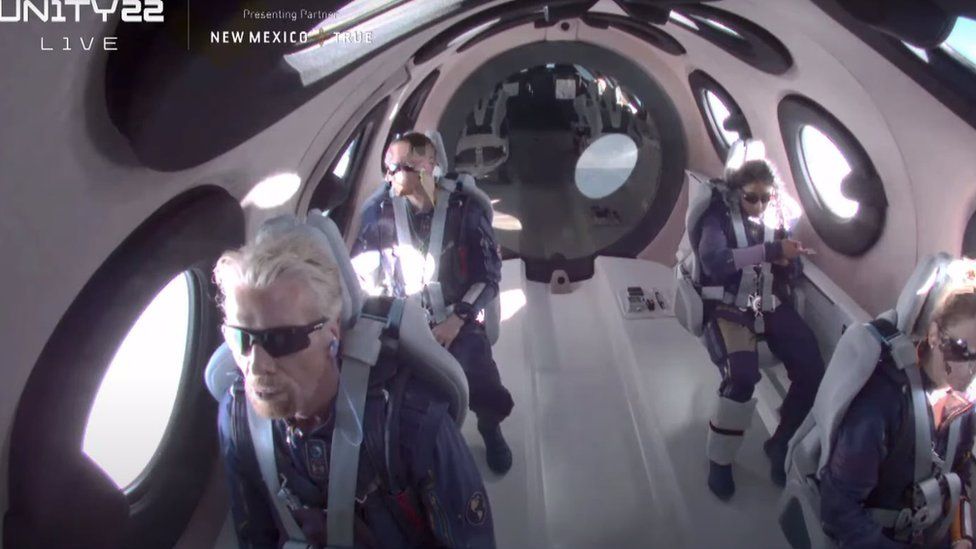 UK businessman Sir Richard Branson is on his way to fulfilling a lifetime’s ambition: flying to the edge of space.

His Virgin Galactic rocket plane has taken off for a 1.5-hour mission which will see it reach an altitude where the sky turns black and the Earth’s horizon curves away into the distance.

The entrepreneur says he wants to evaluate the experience before allowing paying customers aboard next year.

Virgin Galactic is providing an online stream of the event.

It’s been a long road for Sir Richard to get to this point. He first announced his intention to make a space plane in 2004, with the expectation he’d have a commercial service available by 2007.

But technical difficulties, including a fatal crash during a development flight in 2014, have made the space project one of the most challenging ventures of his career.

“I’ve wanted to go to space since I was a kid, and I want to enable hopefully hundreds of thousands of other people over the next 100 years to be able to go to space,” Sir Richard told the BBC.

“And why shouldn’t they go to space? Space is extraordinary; the Universe is magnificent. I want people to be able to look back at our beautiful Earth and come home and work very hard to try to do magic to it to look after it.”