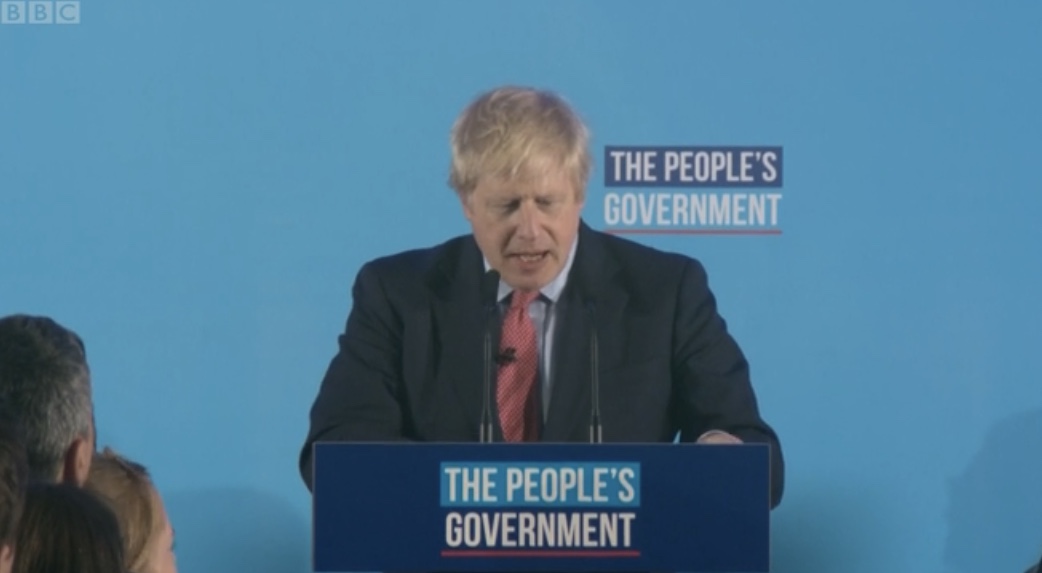 With just two seats left to declare, the Tories have a majority of 76.
Speaking in London, the reelected PM said it was a mandate to take the UK out of the EU next month “no ifs, no buts”.
Defeated Jeremy Corbyn has said he will not fight another election as Labour leader after the party was swept aside in its traditional heartlands.