Prime Minister of the U.K Boris Johnson just wrapped his statement in Parliament, and fielded questions from concerned MPs who questioned the PM’s decision to Brexit- the U.K’s departure from the EU. 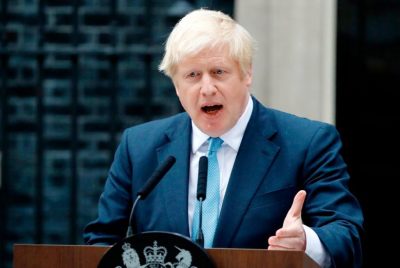 MPs met in the House of Commons today to voice their concerns over the decision, which sees the UK leave the EU without a deal. MPs from the opposing Labour Party have been issuing questions one after the other with one MP asking if the Brexit negotiations were a sham, would the Prime Minister publish his backstop plans. Another MP from the Labour Party asked if Johnson would abide by the law if Parliament passes legislation requiring him to request an article 50 extension. (The article was already extended; the U.K should have exited the EU on March 29th, 2019 but the date was extended to October 31st, 2019). MPs are asking for a further extension date of January, 2019. To this, Johnson said he would obey the law but argued that the provisions would be a mistake. Boris is noted as stating that there are “no circumstances” under which departure from the EU would not happen on 31 October. There are thought to be about 15 confirmed rebels within the Conservative Party (the leading party), known as the Tories, who do not support Johnson.

According to the Guardian, Boris Johnson has issued a final Brexit ultimatum to rebel MPs by pledging to call a snap general election next month if the House of Commons pushes ahead with a bill tabled by a cross-party group of back benchers seeking to block no deal.

90% of students engaged in online classes 0