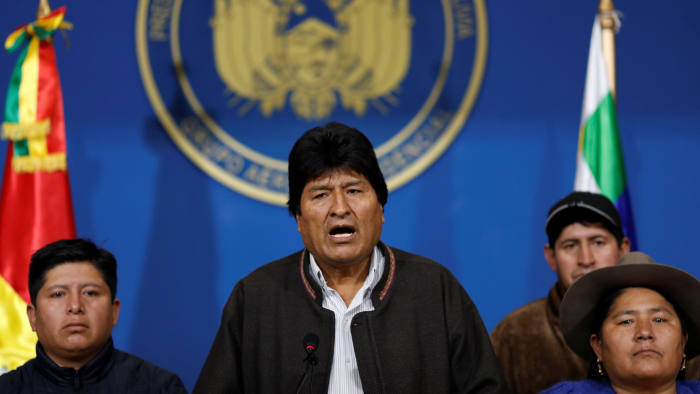 Bolivian President has resigned amid turmoil following his disputed re-election

International monitors called for the election result to be annulled, saying they found “clear manipulations” of the 20 October poll.

Mr Morales agreed with the findings and announced his intention to call fresh elections – after overhauling the country’s election body.

But politicians – and the army and police chiefs – urged him to quit.

In a televised address, Mr Morales said: “I resign my post as president.”

In its preliminary report, the Organization of American States (OAS), which monitored the elections, said it had found evidence of wide-scale data manipulation, and could not certify the result of the previous polls.

More in this story from DW News online –