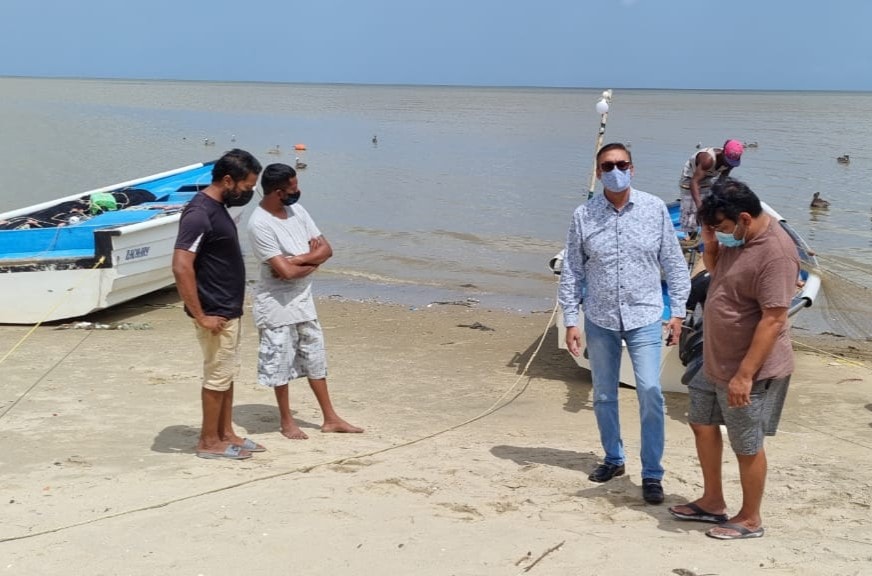 Body of one of the two missing Carli Bay fishermen found

The body of one of the two fishermen who went missing on Monday 19th July, was found yesterday (Wednesday) by the search party of the Carli Bay fishermen.

The body of Parasram Boodoo was discovered off Point Lisas around 1:10pm.

On Monday, two Carli Bay fishermen, Navindra “Tall man” Garib and Boodoo aka “Brain” went fishing in the Gulf of Paria on the registered fishing vessel TFCA1494, but did not return.

Failing their return, a missing persons report was made and search and rescue efforts commenced, involving the T&T Coast Guard.

The vessel was later found broadside on the beach at Granville and the engine was recovered at a house in Granville.

On Wednesday, Couva North MP Ravi Ratiram, along with Councillors and the Couva North Constituency Executive provided assistance by sponsoring fuel for the Members of the Carli Bay Fishing Association to execute search operations with the hope of finding the two missing fishermen.

Ratiram extends his sincere condolences to the family of the deceased and is calling on the Minister of National Security, Fitzgerald Hinds, to establish a Coast Guard Base at the Carli Bay Fishing Facility and to increase the Coast Guard presence as a matter of extreme urgency and priority.