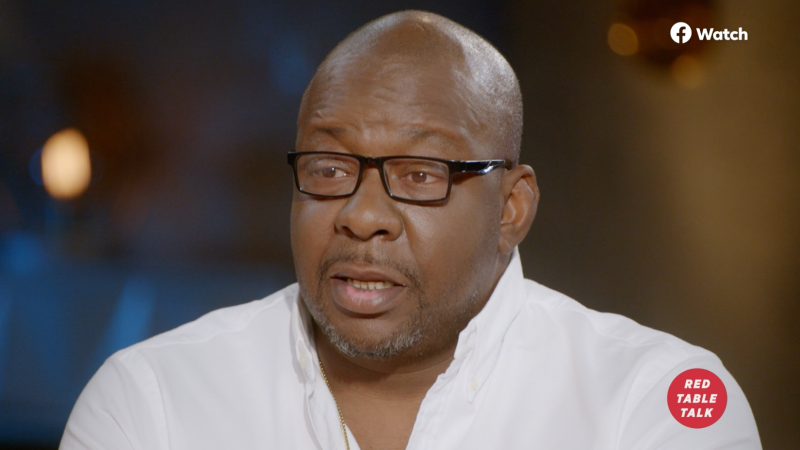 The last few years have been traumatic for American Grammy winner Bobby Brown. Now he’s telling his story along side his wife Alicia on the latest episode of “Red Table Talk.’

Bobby opens up about his addictions, controversies that have followed him for decades, and the tragic death of his son Bobby Brown Jr. Also in the episode, Bobby also reveals who he thinks is responsible for the deaths of ex-wife Whitney Houston and his daughter Bobbi Kristina Brown.

In March an autopsy blamed Brown Jr.’s death on the combined effects of alcohol, cocaine and the powerful opioid fentanyl. The couple said turned to therapy to figure out the best way to explain to Cassius how his big brother died.

“It was high anxiety for me, Bobby too, so we talked to our therapist, ‘How do we explain this?’ ” Etheredge-Brown said. “I wanted him to hear it from us.”

“We sat down and we spoke, honest, truthfully (about) what was found, how he did it. We first asked what he thought,” Etheredge-Brown said. “(it’s) terrifying for a kid to think that maybe my brother went to sleep and he didn’t wake up.”

Jada, Willow, & Gammy – 3 generations, 1 table, no filter. The hit series, Red Table Talk, is hosted by Jada Pinkett Smith, her 20 year-old daughter Willow, a leading voice for her generation, and her old-school mother Adrienne Banfield-Norris. Each episode is shot at the Smith’s family home where these three passionate and opinionated women bring their unique perspectives to real issues affecting real people. Red Table Talk is filled with honest, intimate and inspiring conversations on topics impacting each of our lives.

Tune-in to Facebook Watch on today, April 14 at 9am PT/12pm ET for a new episode of “Red Table Talk” with Bobby Brown.

Diddy buys Sean John out of bankruptcy for $7.5M 0