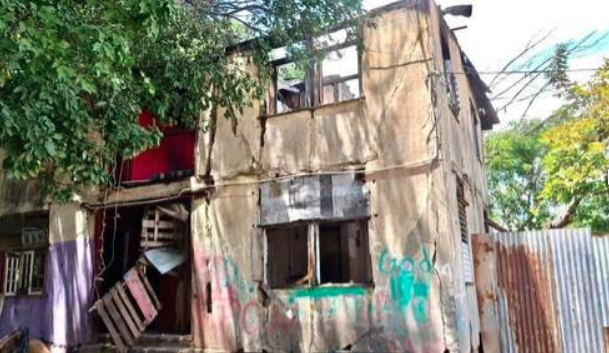 In a suspected case of arson, fire on Saturday razed the house on Second Street in Trench Town where reggae legends Bob Marley and Bunny Wailer lived as children.

“I know the roof was damaged, I don’t know the full extent of the fire,” Jamaican architect Christopher Whymstone, who created the Culture Yard Project in Trench Town, told Observer Online.

“It’s a national heritage site and the Tourism Product Development Company Ltd (TPDCo) had it on its books to do a restoration of the original houses. Food for the Poor had agreed to build five houses on Second Street on an open lot that the MP had got cleared so that the families could be relocated and the restoration could begin,” Whymstone said.

After the restoration of the site, TPDCo was expected to turn over the site to the Bunny Wailer Foundation to transform one of the structures into a Wailer’s Museum. An architectural survey had already been completed.

“The restoration was already on the cards and I hope it is still on the cards as it is in the budget.This fire is coming at wrong time because the people were slated to move out, but everything was perhaps delayed because of the lockdown,” Whymstone added.

The house which was razed was once occupied by Thaddeus Livingston, Bunny Wailer’s father, and Cedella Booker, Bob Marley’s mother, before she moved to Delaware. The union created Pearl, who was both Bunny and Bob’s sister. Over the years, the house had fallen into a state of dilapidation and neglect.

In November Consultations Will Start On Transformation Of The Education Sector. 0