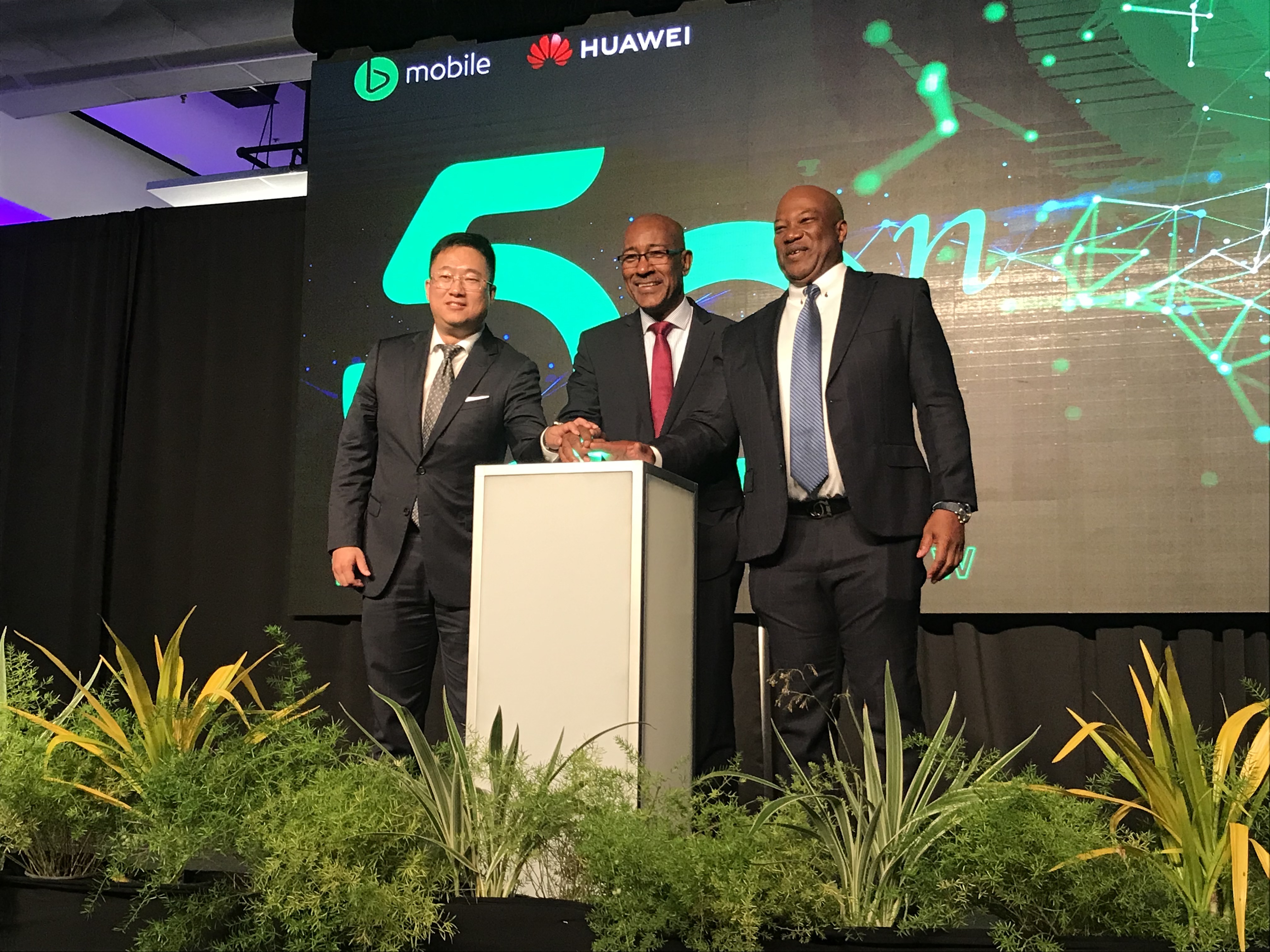 “Broadband should be a right, not an option”- says TSTT at 5G launch

The future is now.

This was the belief held by technology experts at the launch of Bmobile’s 5G network at the Hyatt Regency on Wednesday morning.

Bmobile has partnered with Huawei, the Chinese technology giant to offer the only 5G network in Trinidad and Tobago. Though the 5G capability is not yet available for mobile phones, it seeks to offer residential customers, businesses and small- and medium-sized enterprises (SME’s) a faster broadband speed than its predecessor, 4G. 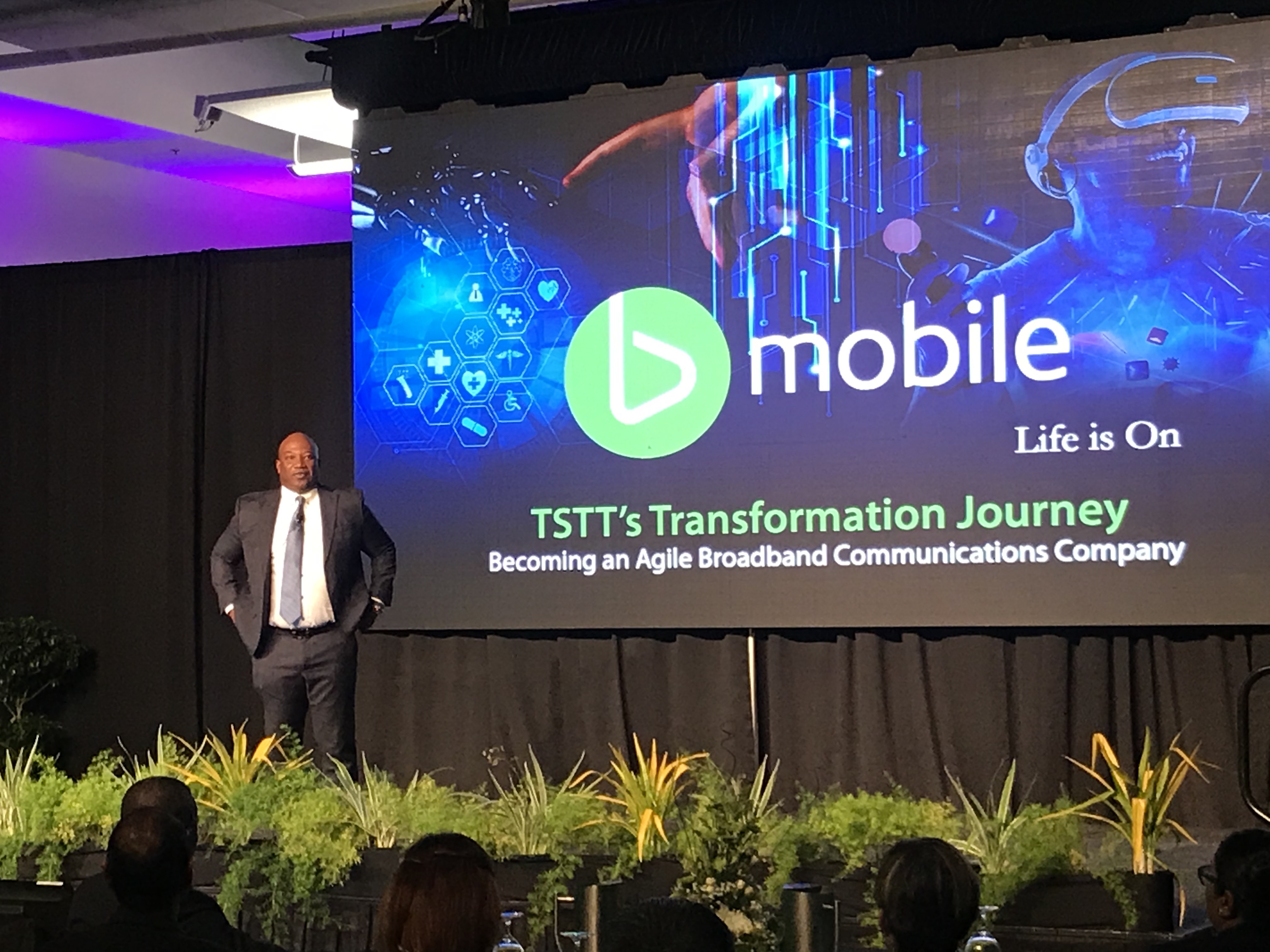 TSTT’s CEO Dr. Ronald Walcott at the launch of the company’s 5G network

Chief Executive Officer (CEO) of the Telecommunications Services of Trinidad and Tobago (TSTT) Dr. Ronald Walcott said that the move to implement 5G in Trinidad and Tobago was part of an initiative that began in 2016. The idea was to transform TSTT from a 20th-century, legacy technology company to a 21st-century, agile broadband technology, which aims to enrich the lives of citizens. 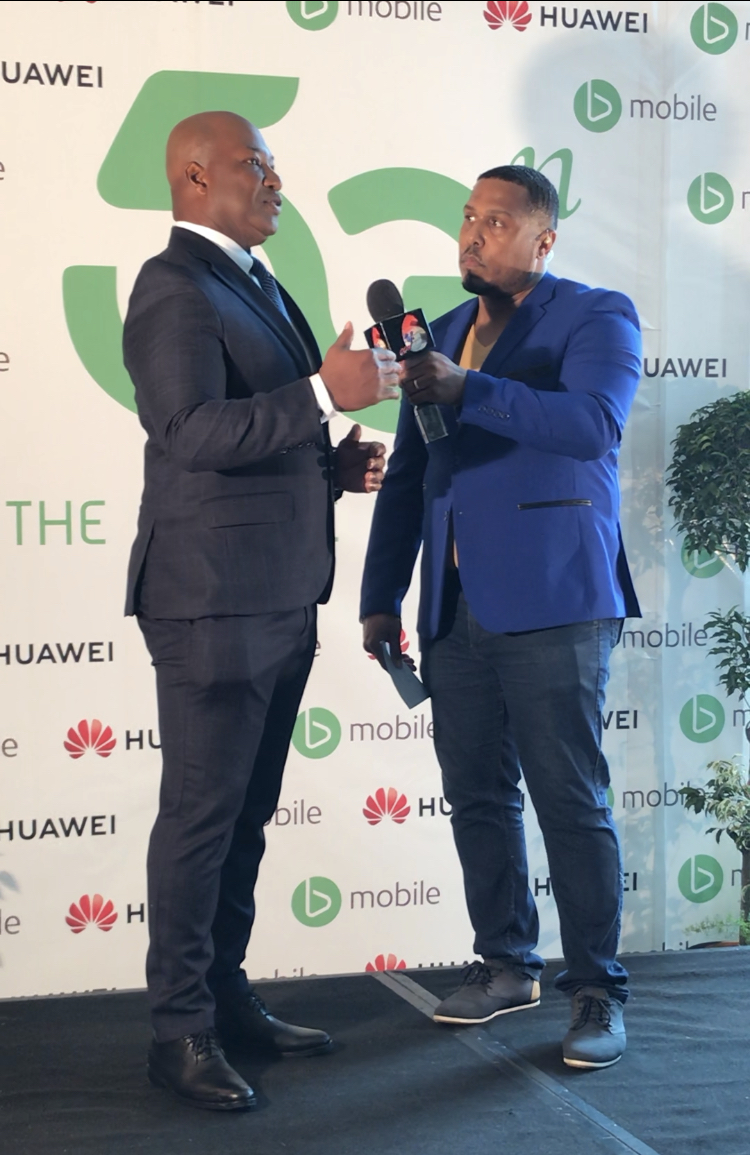 Walcott said because of the fourth industrial revolution which is a confluence of data analytics, robotics, artificial intelligence and cloud computing, the world has become disruptive. He said TSTT will enable citizens to deal with this disruptive nature, as it relates to how we currently communicate – social media, What’s app – as opposed to phone calls and text messages that were used years ago. He said even how we receive our entertainment has changed, and 5G will facilitate this difference.

He said the 5G capability presents a number of opportunities for customers, and noted three of the most important characteristics of the 5G network.

He added that TSTT’s goal is to provide ubiquitous and affordable broadband for everyone declaring, “Broadband should be a right, not an option. Everyone in Trinidad and Tobago should have access to affordable broadband. Full stop. ” He said the new 5G can assist certain sectors such as Education, Health, Security, Manufacturing, Agriculture, Utilities and other divisions of Government. 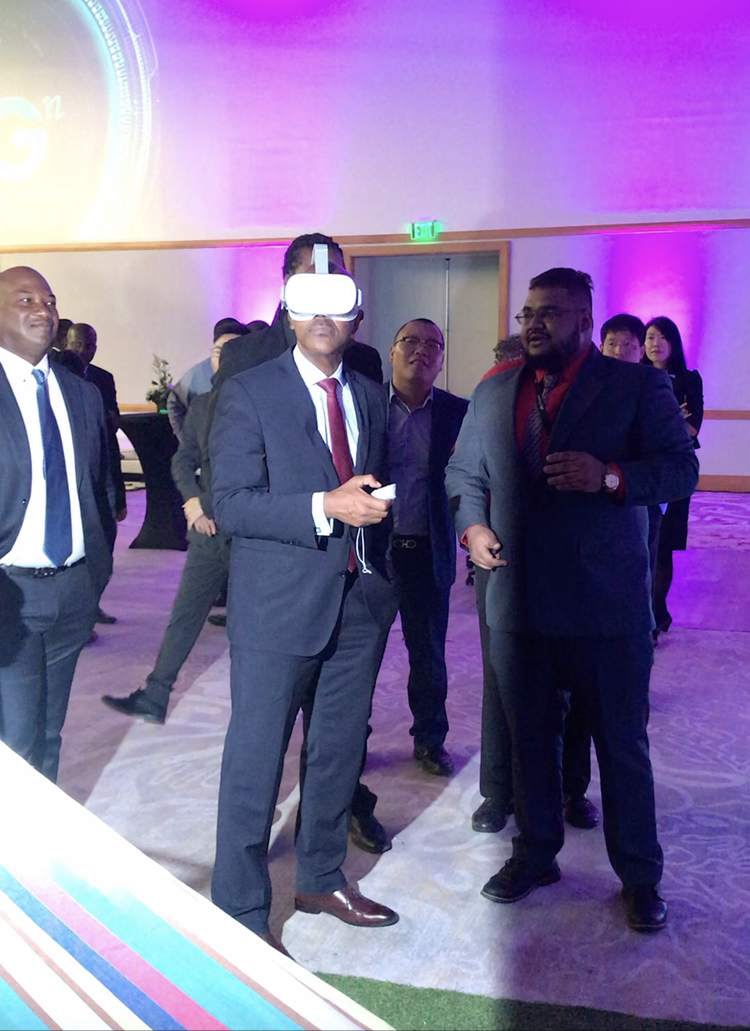 Le Hunte added that 5G technology provides the fertile soil out of which smart cities can grow, taking the Government’s “Whole of Government” approach to an entirely new level. He said that the 5G technology is a driver of sustainable economic development, supporting many applications such as smart metering for water and electricity, smart buildings which conserve resources, and the wider integration of all arms of Government operations. 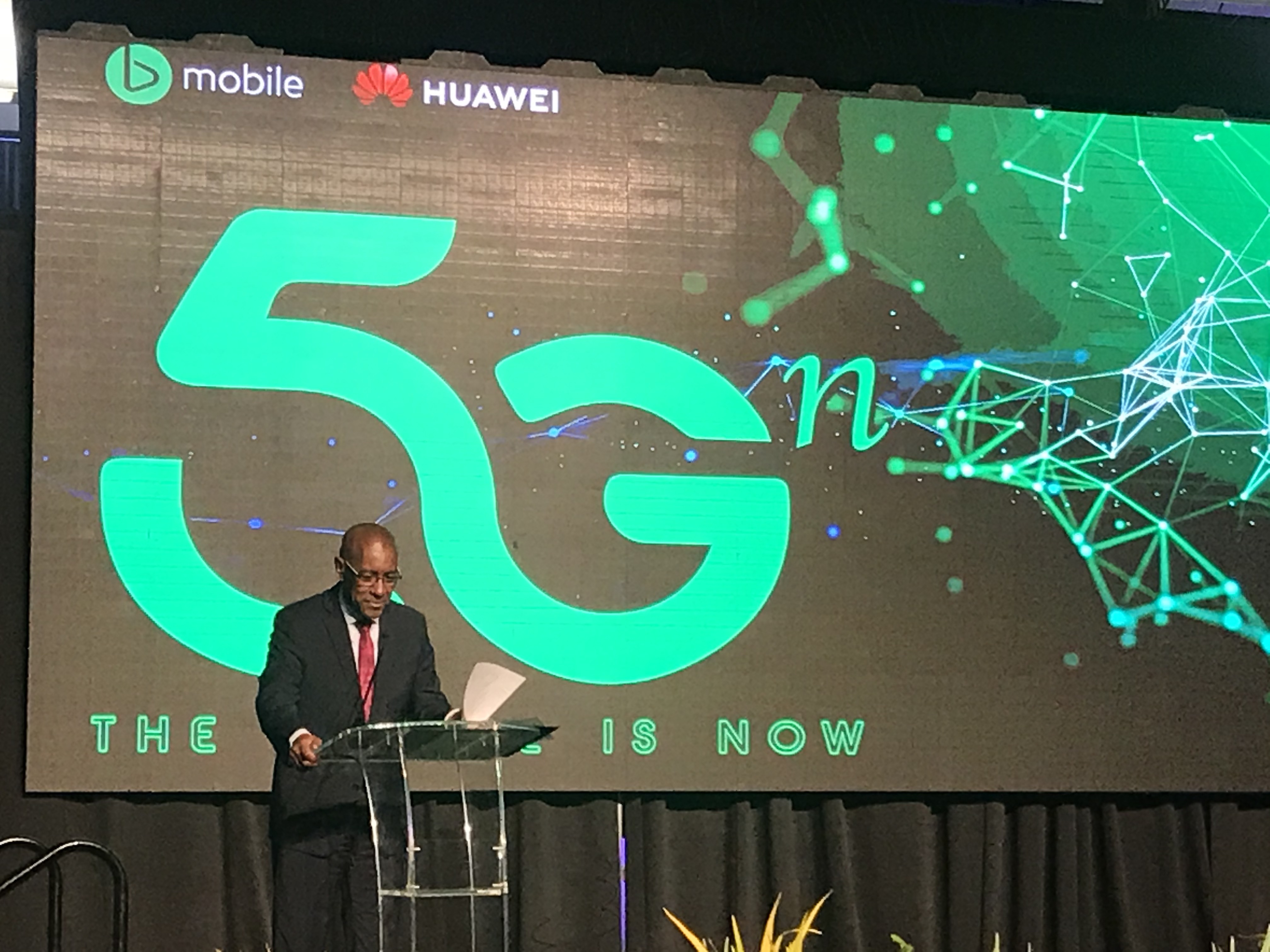 Bmbile’s 5G network for businesses, residential residents and SME’s should be available to customers by January 2020.

Permanent Secretary in the Ministry of Public Utilities and MP for Laventille East Morvant Mr. Adrian Leonce was also in attendance 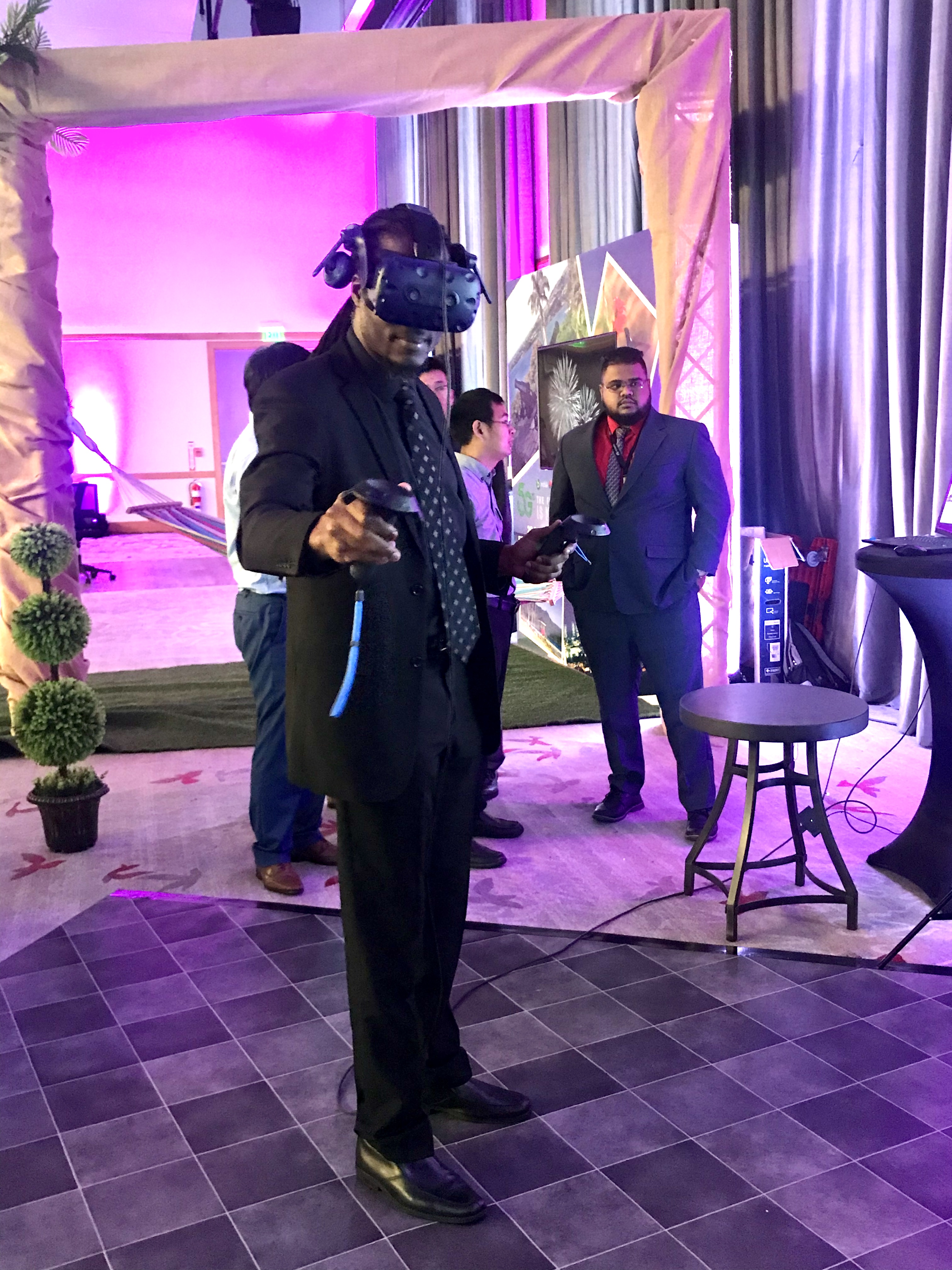