The dependence on the blood of cattle is a sign of the problems to feed in the South American nation, whose economy has been in recession for six years and three in hyperinflation.

The blood soup known in San Cristobal as “pigeon” is generally made with onion and rice, but it has rarely been a mainstay of the diet in a region traditionally known for eating meat.

In the municipal slaughterhouse of San Cristobal, between 30 and 40 people arrive every day, each carrying their own container, to request cattle blood. According to an employee, who added that in the past and without a crisis, that blood was thrown away.

“We are starving”said Baudilio Chacon, 46, a construction worker who became unemployed in quarantine while waiting to collect blood at the slaughterhouse. “We are four brothers and a 10 year old boy, we are all fed with blood”. 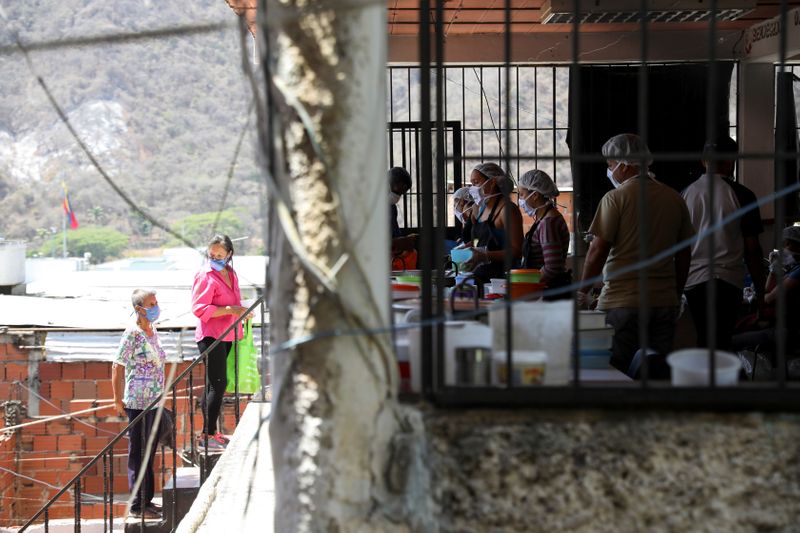 While the impact of the coronavirus itself still seems modest, Venezuelans increasingly suffer with a paralyzed economy.The delay in the distribution of boxes and bags affects the regions more because the office leans towards the main cities, including Caracas, according to the non-governmental group Citizenship in Action, which studies the distribution and content of CLAPs.

In Caracas, 26.5% of families received CLAP boxes in April, compared to just 4% of families in areas like the Plains region like Apure and Guárico, according to data from Ciudadanía en Acción.

People “are not going to be killed by the virus, but hunger”, said Edison Arciniegas, director of the group.

The United Nations has rated Venezuela as the fourth largest food crisis in the world in 2019, with 9.3 million Venezuelans, hungry or insufficient food intake. Some 5 million people have emigrated from the OPEC country due to the crisis.

Maduro’s government attributes the economic problems to US sanctions, aimed at pressuring his departure from power, and says international aid agencies exaggerate the volume of the Venezuelan immigration wave. Opponents and economists say that the crisis obeys the state model of controls.

Cardi B Becomes The New Face Of Balenciaga 0