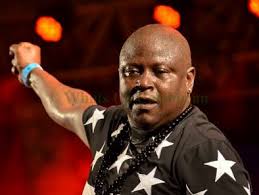 Blaxx resting comfortably at home after being discharged from hospital

Soca star Blaxx has finally been discharged from hospital.

Born Dexter Stewart, the singer had been warded at the Eric Williams Medical Science Complex for some time after undergoing surgery last month.

His ex-wife confirmed to izzso media that he was discharged yesterday, but that is all she knew.

His manager, Giselle Gellineau-Penrose, told GML that he is resting comfortably at home.

Stewart had only been released from hospital last month, after undergoing surgery in relation to kidney treatment.
However, days after being discharged from hospital in October, Blaxx was rushed to Medical Associates in St Joseph, after he complained about having trouble breathing.

He had been at the facility until being transferred to the hospital in Mt Hope, where the latest procedure was undertaken.