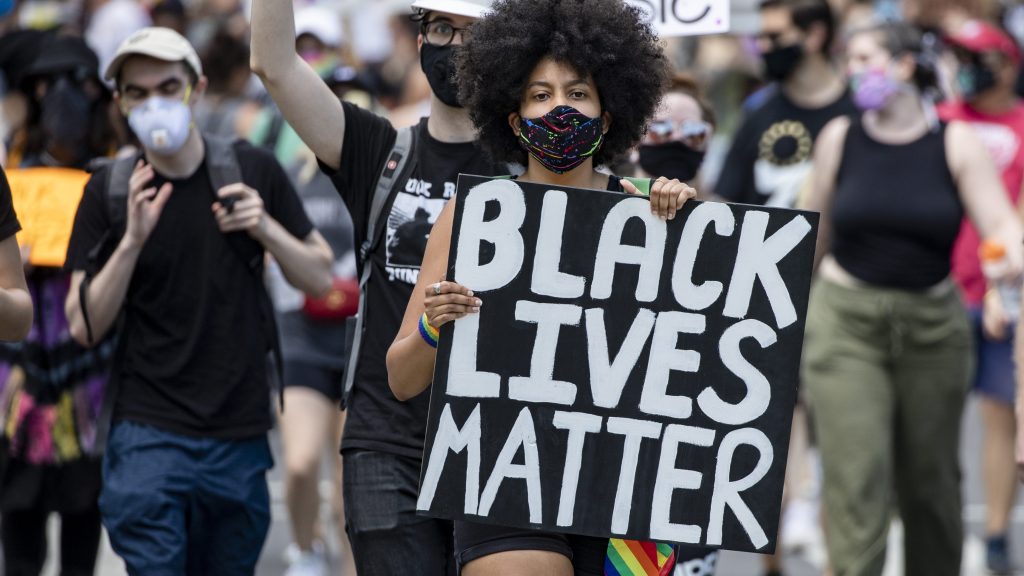 The Black Lives Matter movement has been nominated for the 2021 Nobel Peace Prize for how its call for systemic change has spread around the world.

In his candidacy statements, Norwegian MP Petter Eide said the movement has forced countries outside the United States to tackle racism within their own societies.

“I find that one of the main challenges that we have faced in America, but also in Europe and Asia, is the type of growing conflict based on inequality,” Eide said. “Black Lives Matter has become a very important global movement to fight racial injustice.

“They have achieved tremendous success in raising awareness and awareness of racial injustice in the world.”

Eide, who previously nominated human rights activists from Russia and China for the award, said another thing that impressed him about the Black Lives Matter movement was how “they were able to mobilize people from all groups in society, not just Africans. -Americans, not just the oppressed, this is a huge movement, in a different way from their predecessors.

The Black Lives Matter movement was founded in 2013 in response to the acquittal in the United States of the man who shot Trayvon Martin. It gained greater recognition in 2014 following protests against the deaths of Michael Brown and Eric Garner, and sparked a series of global protests in 2020 following the deaths of George Floyd and Breonna Taylor.

Nominations for the Nobel Peace Prize are accepted by any politician sitting at the national level, and they are only allowed 2,000 words to present their case. The deadline for this year’s submission is February 1, and at the end of March, the committee prepares a shortlist. The winner is chosen in October and the awards ceremony is scheduled for December 10. There were over 300 nominations for last year’s award, which was ultimately won by the World Food Program.

The committee rewarded WFP for wanting to “turn the eyes of the world to the millions of people who suffer or are at risk of hunger”, but perhaps the most publicized nomination last year was that of the former US President Donald Trump.

Trump was nominated for the second time by another Norwegian MP, Christian Tybring-Gjedde. The far-right MP cited Trump’s role in normalizing relations between Israel and the United Arab Emirates under the Abrahamic Accords, although Eide said he had “a bit of trouble defending this nomination ”after the riot on Capitol Hill on January 6 when a pro-Trump mob stormed the buildings of the US Congress and five people died.

Eide, however, said he did not want his nomination to Black Lives Matter to be seen as a commentary on US domestic politics. And he dismissed criticism from right-wing voices that the group was behind the violence in American cities. “Studies have shown that most of the protests organized by Black Lives Matter have been peaceful,” he said. “Of course there have been incidents, but most of them were caused by the activities of the police or counter-protesters.”

Data gathered by the Armed Conflict Location and Event Data project in September 2020 showed that 93% of Black Lives Matter protests did not cause serious harm to people or property.

The 61-year-old politician, who has represented the socialist left party in parliament since 2017, cited precedents from the Oslo-based Nobel Prize committee recognizing the fight against racism. Albert Luthuli and Nelson Mandela received the award in 1960 and 1993 respectively for their advocacy against racial discrimination in South Africa, and Martin Luther King received the award for non-violent resistance against racism in the United States in 1964. Mandela shared his award with FW de Klerk, the man who ordered the ANC leader’s release from prison.

“There is actually a tradition for doing this,” Eide said. “It is a close link between anti-racist movements and peace, and a recognition that without this kind of justice, there will be neither peace nor stability in society.

His written nomination concludes: “The awarding of the Peace Prize to Black Lives Matter, as the world’s most powerful force against racial injustice, will send a powerful message that peace is based on equality, solidarity. and human rights, and that all countries must respect these fundamental principles. . “

Flooding, traffic pile up on roads as the rain begins 0