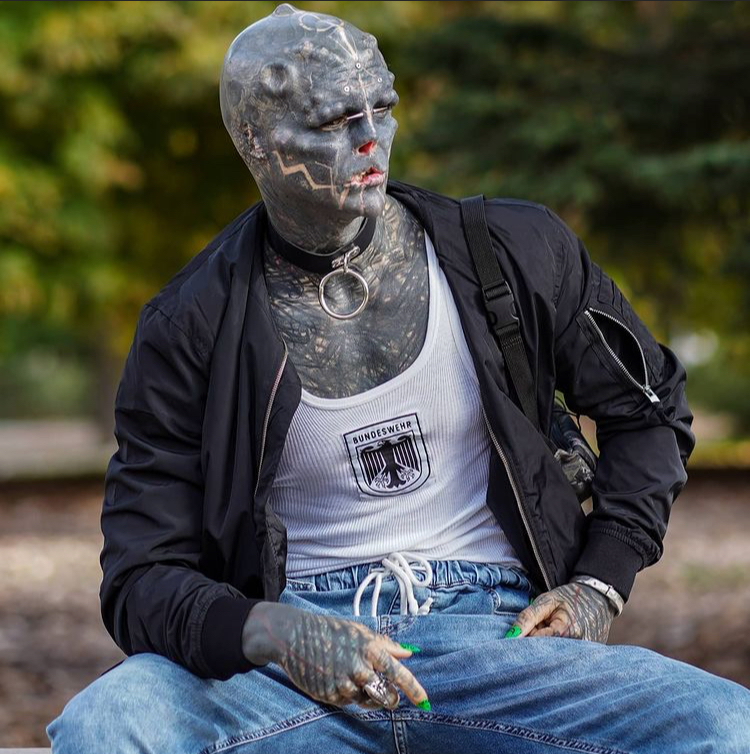 Black Alien cuts off fingers to create a claw

French citizen, Atony Loffredo who has 34% of his body covered in tattoos and piercings, underwent multiple procedures to complete his goal as a ‘Black Alien’.

His upper lip and nose were cut off, he had his tongue split, and he covered his entire body plus his eyeballs with black ink tattoos.

He currently refers to himself as the ‘Black Alien’ project.

In a new Instagram post, Loffredo revealed he underwent another major procedure in Mexico where he had his left pinky and ring fingers cut off to resemble a claw on an Alien. 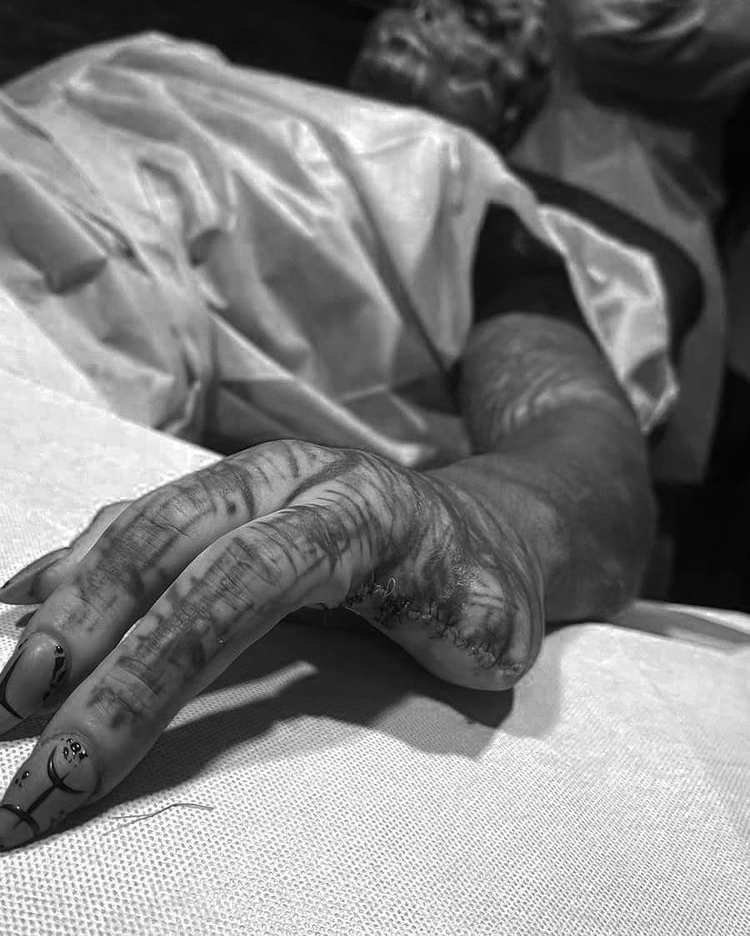 Atony wrote on his IG – “on the other side of the world to continue my project, the procedure is going well, one more dream that has just come true, thank you for doing your top job, thank you Mexico in my heart 💞💞👽👽34% Loading.” 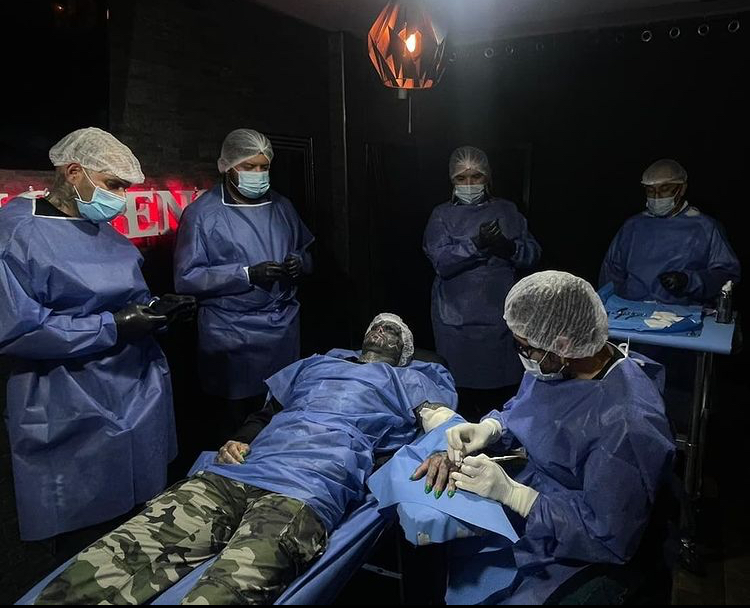 Before his many surgeries Atony appeared as a normal man with no tattoos or piercings. 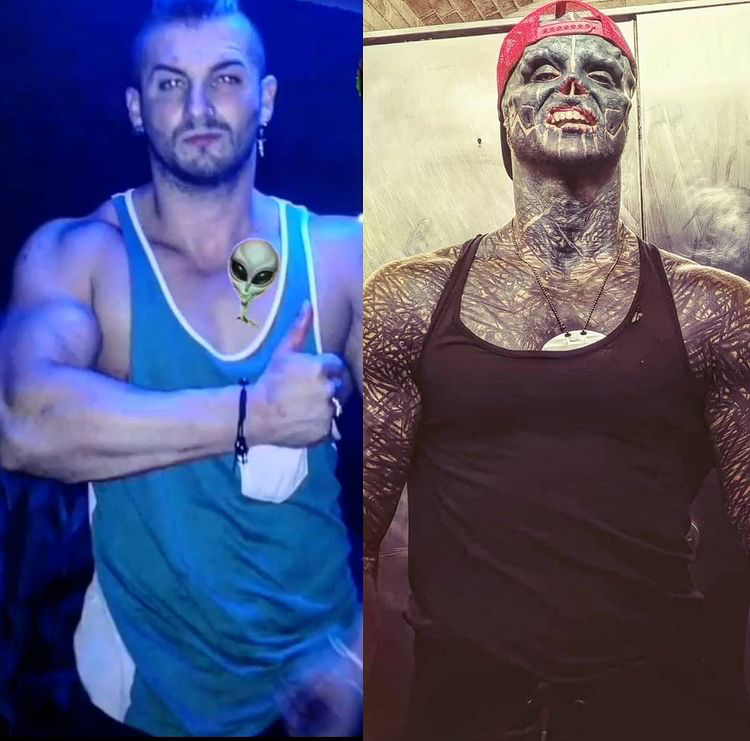