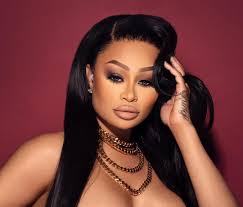 Instagram model and now rapper, Blac Chyna is making headlines once again but this time it’s for something way more serious.

The Sun managed to obtain video footage of an incident that recently went down between Chyna and another woman.

According to an exclusive report by the news site, Blac Chyna is involved in a police investigation after claims that a woman was “held hostage” in a hotel room during a “drug-fueled” party.

The video clip starts with a young woman bursting out of a hotel room at the Sacramento Sheraton Grand after Chyna, 33, allegedly held her against her will.

The ordeal was captured by the woman’s friend Ron Knighton, who also spoke with The Sun and said that they had been invited to Chyna’s hotel suite for drinks after a Black Friday party she had hosted in town.

He said “Everyone was enjoying themselves; the drinks were flowing and the energy in the suite was real good,” until she suddenly became agitated with Ron’s friend.

“Suddenly out of nowhere Chyna just yelled at my friend to ‘shut the f*** up’ or she’d beat both our a**es.” In the clip, the pair begins to make their way toward the elevators after leaving the room, Chyna then follows them out, as the young woman continues to sob. Ron tells his friend as they walk into the elevator: “It’s not your fault. She’s high on c***** and crazy.”