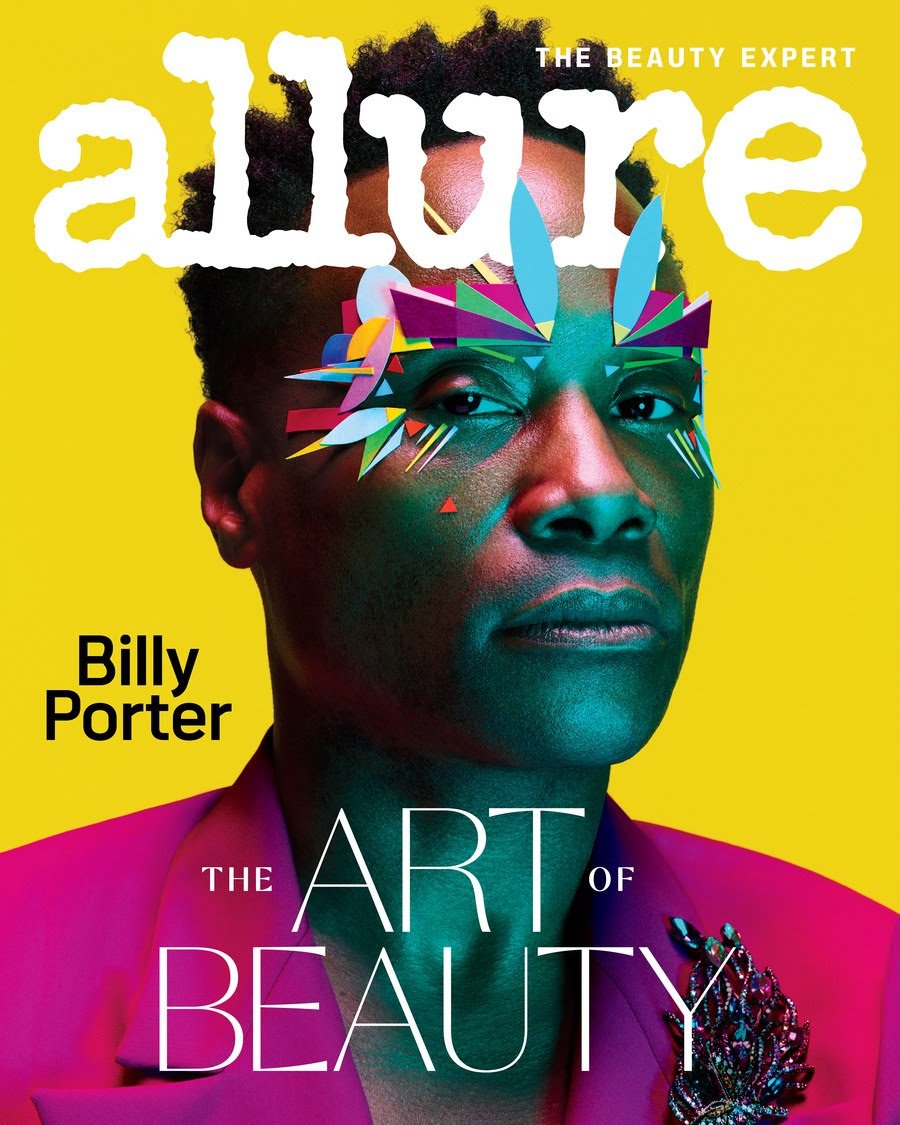 Known for his over-the-top red carpet looks that broke the internet in 2019,American actor, Billy Porter, has made history yet again by becoming the first man to cover Allure magazine.

Landing on the cover page of the “The Art of Beauty” February 2020 issue, Porter delves deep into his history of outside-the-box fashion choices, owning his power, being unapologetically himself and how his family sent him to therapy when he was in Kindergarten because he was different.

“Flamboyance was a silencing mechanism for a long time with me. Flamboyant was code for ‘You’re a f—t, and we don’t want you,’” he said. “Flamboyant was a word that was used to marginalize me and pigeonhole me and keep me in a box. You get in the room, you give them flamboyant, and then they come back to you with, ‘He’s too flamboyant.’ And that’s when I started to want to murder people.”

Porter who has memorably sported a velvet tuxedo dress by Christian Siriano, a gold-covered jumpsuit at the Met Gala and showed up to Sunday’s Golden Globe awards in a jacket with a long feather-covered trains, which he has no plans to stop pushing the envelope any time soon.

“I’m part of the first generation of gay men, ever, who get to be out, loud, and proud in the world. My generation is the first. Bitches are scared. And they should be.” Link in bio to read the full cover story with @theebillyporter from our Art of Beauty Issue. — #Photography: @benhassett #Stylist: @nicolaformichetti #Makeup: @peterphilipsmakeup #Grooming @melissa.dezarate #Nails @naominailsnyc #Production @_studiolou_ #Writer: @smashfizzle

WATCH: Persons line up to get Sou Sou hands

WATCH: Persons line up to get Sou Sou hands

WATCH: Persons line up to get Sou Sou hands 0

Sorrel as Caribbean as Christmas 0

From Criminal to Christian: An inmate’s intro to Gang Life 0

Pepper sprays should be used in T&T 0