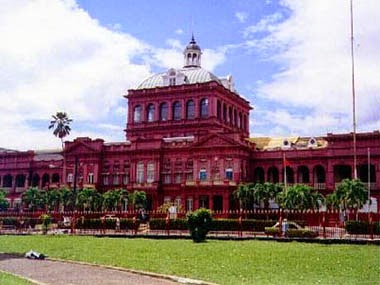 The Anti-Gang (Amendment) Bill, 2020 was laid in the House last Monday, by Attorney General, Faris Al-Rawi.

The bill has a “sunset clause” that stipulates, “This Act shall continue in force for a period of 30 months from the 29th day of November, 2020.”

“Under the proposed legislation ‘gang related activity’ occurs when a gang leader or gang member plans, directs, orders, authorises, or requests the commission of, attempt to commit, the aiding, abetting, counselling or procuring of, or conspiracy to commit an offence listed in the First Schedule.”

The schedule lists 46 offences as diverse as gang membership, murder, robbery, demanding money with menaces, threatening to publish with intent to extort, offences under the Prevention of Corruption Act, offences under the Gambling and Betting Act, and causing or inciting a child to engage in sexual activity.

A preamble justified the bill by lamenting a rapid growth of criminal gang activity which infringes people’s constitutional rights and freedoms.

Saying “it is the right of every person to be protected from fear, intimidation and physical harm” caused by violent gangs, the preamble said gang activity poses a danger to public order/safety and economic stability, and can inflict social damage.

The bill needs the vote of a special majority of three-fifths of the members of the House and Senate respectively.