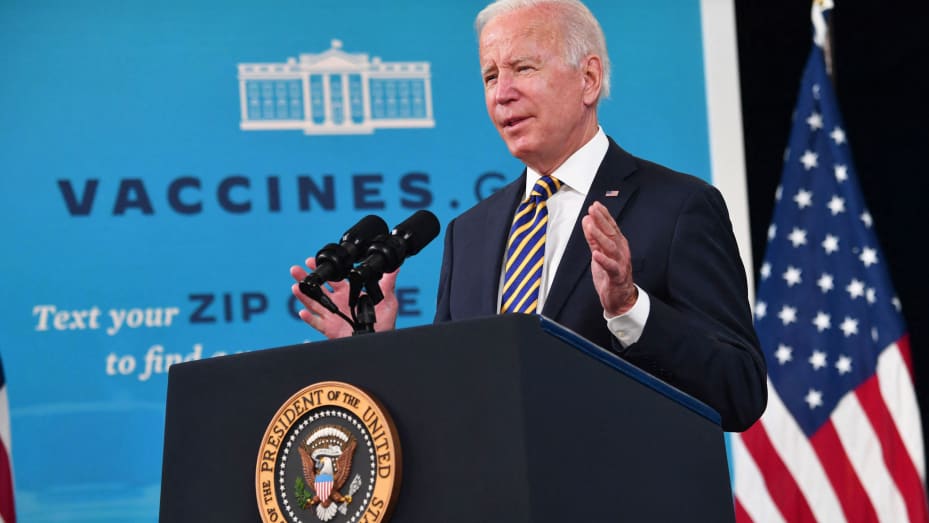 Biden’s vaccine mandate for companies blocked by US Appeals Court

A US appeals court has temporarily blocked President Joe Biden’s plans for a vaccine mandate for businesses.

The law would require workers at private companies with more than 100 employees to get fully vaccinated against Covid-19 or be tested weekly.

But the court found “grave statutory and constitutional” issues with the rule, set to be introduced in January.

It said it was suspending the mandate and gave the Biden administration until Monday to respond.

They accused the president of overstepping his authority.

Louisiana’s Attorney General Jeff Landry tweeted that the court’s decision was a “major win for the liberty of job creators and their employees”.

If enforced, the ruling by the the fifth US circuit court of appeals would be a blow to the Biden administration’s sweeping measures to extend vaccination.

Mr Biden says the mandate, which would cover more than two-thirds of the nation’s workers, would set a national standard of safety at work.

On Thursday, the president said employees at large companies would have to be fully vaccinated by 4 January, calling vaccination “the single best pathway out of this pandemic”.

Many businesses in the US already require their employees to be vaccinated. There are also requirements for military and federal contractors.

But opponents say it is not constitutional for a president to impose such a sweeping nationwide rule.

CDC extends mask wearing for public transportation in the US 0