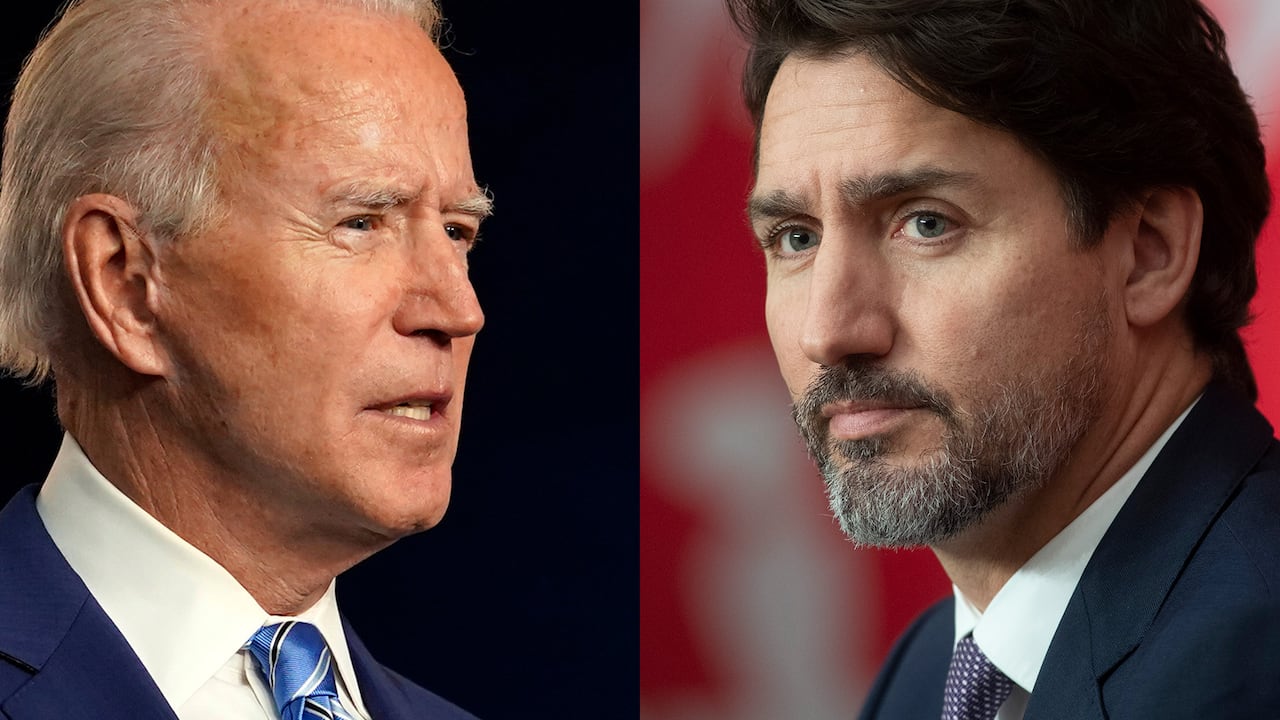 On February 23rd, US President Joe Biden held a virtual summit with Canadian Prime Minister Justin Trudeau, in their first bilateral meeting as leaders of their countries.

The president of the United States, Joe Biden, highlighted the friendship between Canada and his country, in the first bilateral meeting of his mandate, a virtual meeting with Prime Minister Justin Trudeau, in which they sought to leave behind the turbulence experienced during the government of Donald Trump.

“The United States has no friends as close as Canada,” Biden said at the beginning of the video conference, noting that this is why Trudeau was also the recipient of his first call as president.

Before the meeting, a senior US official explained that the meeting would serve as a “roadmap” to energize this link.

The covid-19 pandemic forces Biden to refrain from traveling or entertaining his counterparts, so he launched this meeting format, hoping that they will allow him to use his well-known interpersonal skills and the bonds forged when he was vice president of Barack Obama, between 2009 and 2017.

Biden hopes to flesh out his “America is Back” proclamation in opposition to Trump’s “America First” policy.

Among the main topics were the fight against climate change, the pandemic and economic recovery.

“We have doubled our efforts to fight climate change,” declared the US president, announcing a high-level forum to coordinate the policies of both countries so that the two partners can achieve emissions neutrality by 2050.

Trudeau thanked Biden for re-engaging in the fight against global warming, after the new US administration reversed Trump’s decision to withdraw from the Paris Agreement.

“The leadership of the United States was missed,” said the prime minister, who joked that now the Americans no longer seek to remove any reference to climate change from joint communiqués and instead seek to mention the issue.

Trudeau avoided talking about a sticking point with Washington: Biden’s decision to cancel the permit for the Keystone XL pipeline, a project fiercely opposed by environmentalists but backed by Ottawa.

Biden rescinded the permit with an executive order issued on his first day in office, fulfilling a campaign commitment, and “the decision will not be reconsidered,” according to his administration.

To view the virtual summit, watch the video below:

Another item on the agenda, according to a senior US official, is China’s “unfair economic practices”, its human rights record and the continued detention of two Canadian citizens in Beijing.

Former diplomat Michael Kovrig and businessman Michael Spavor were arrested in China in 2018 in what was seen as likely retaliation for the arrest of Huawei executive Meng Wanzhou that year on a search warrant issued by the United States.

“Human beings are not tokens of change,” Biden said about it, promising that they will work together for the return of Canadians.

The new tenant in the White House seeks to highlight the link with Trudeau, who had a very tense relationship with Trump.

The Canadian leader irritated Trump during a June 2018 G7 summit in Quebec by calling Washington’s decision to impose tariffs on Ottawa’s steel and aluminum imports as “insulting.” In retaliation, Trump withdrew his signature from the final communiqué and called Trudeau “dishonest.”

A year later, he criticized him and called him “hypocritical” after the dissemination of a video in which he appeared mocking Trump with European leaders during a NATO meeting.

After the arrival of Biden to the power, Trudeau celebrated “a new era” between the neighboring countries and considered that the democratic politician is more aligned with the “values ​​of the Canadians”.