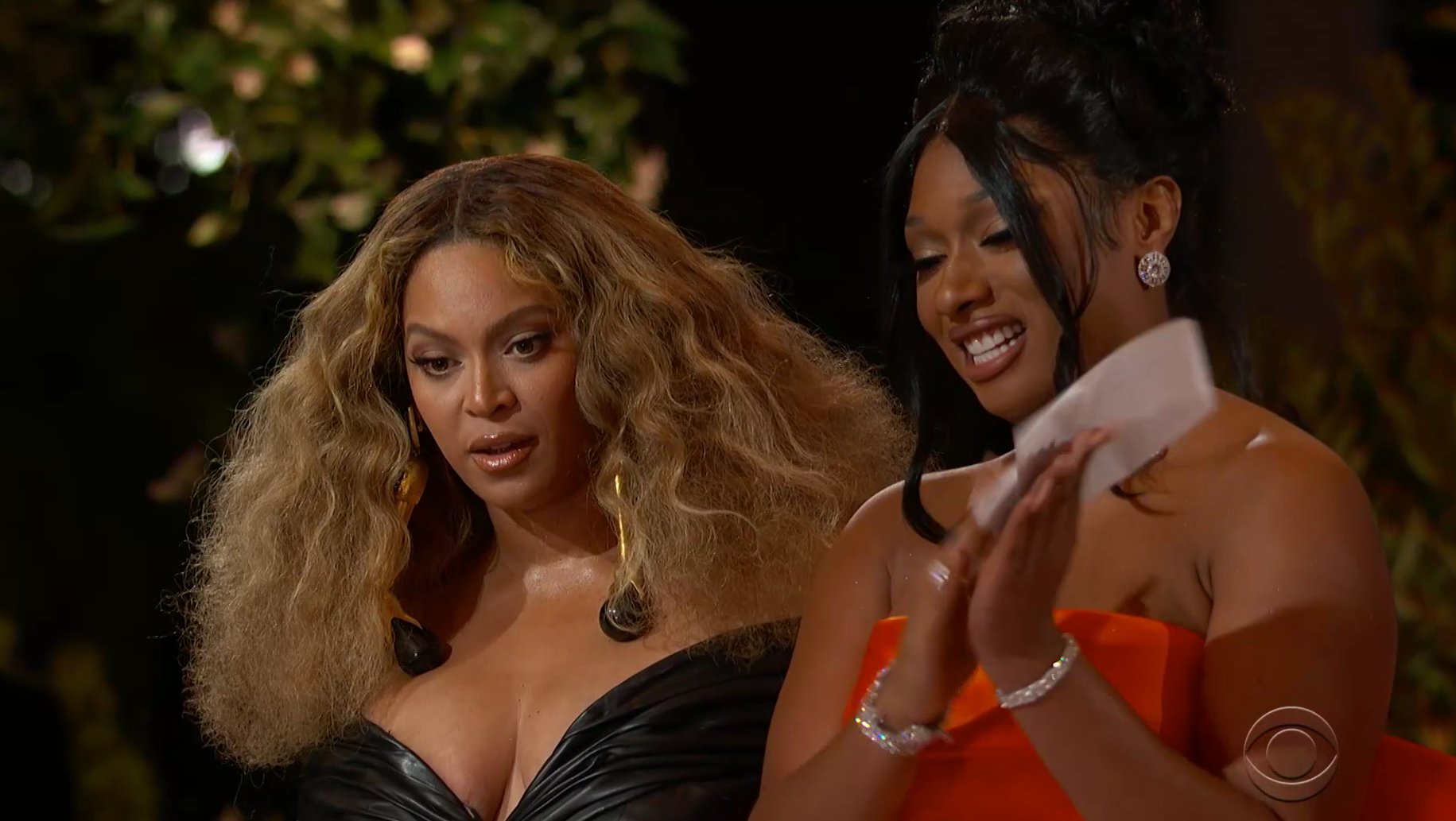 Musical superstar Beyonce has been chasing Alison Krauss at the Grammys for a while now. Krauss is the most honoured woman in the awards’ history with 27 victories but Beyonce kept closing the gap.

During the Grammy’s on Sunday night, Beyonce earned her 27th Grammy on Sunday, picking up honours like best music video for “Brown Skin Girl” as well as best rap performance and best rap song for “Savage,” with Megan Thee Stallion.

Looking to Megan, Beyoncé said: “I have so much respect for you.”

However, the ‘Drunk in Love’ singer sent immediately viral for her facial reaction to the moment she found out she made history by tying the record for most #GRAMMYs wins ever, when Trevor told them to hold on as he announced the new record.

Twitter is going WILD with reactions and memes, check out a few posts from fans below:

beyoncé’s face when they told her she’s tied for most grammys ever won for a female artist 😭 pic.twitter.com/mxuluuEzws

beyoncé’s face after she was told she’s been tied with the most grammy wins in history pic.twitter.com/0lIJh25E2o

Ok… Beyoncé’s face just now was PRICELESS !!! She just tied the record for most Grammy wins of any artist ever at a whopping 27 wins. #grammys #Beyonce pic.twitter.com/wCKFqnABZI

Britain Mourns the Passing of Prince Philip, The Duke of Edinburgh 0

Westbound lane of the PBR open until further notice 0