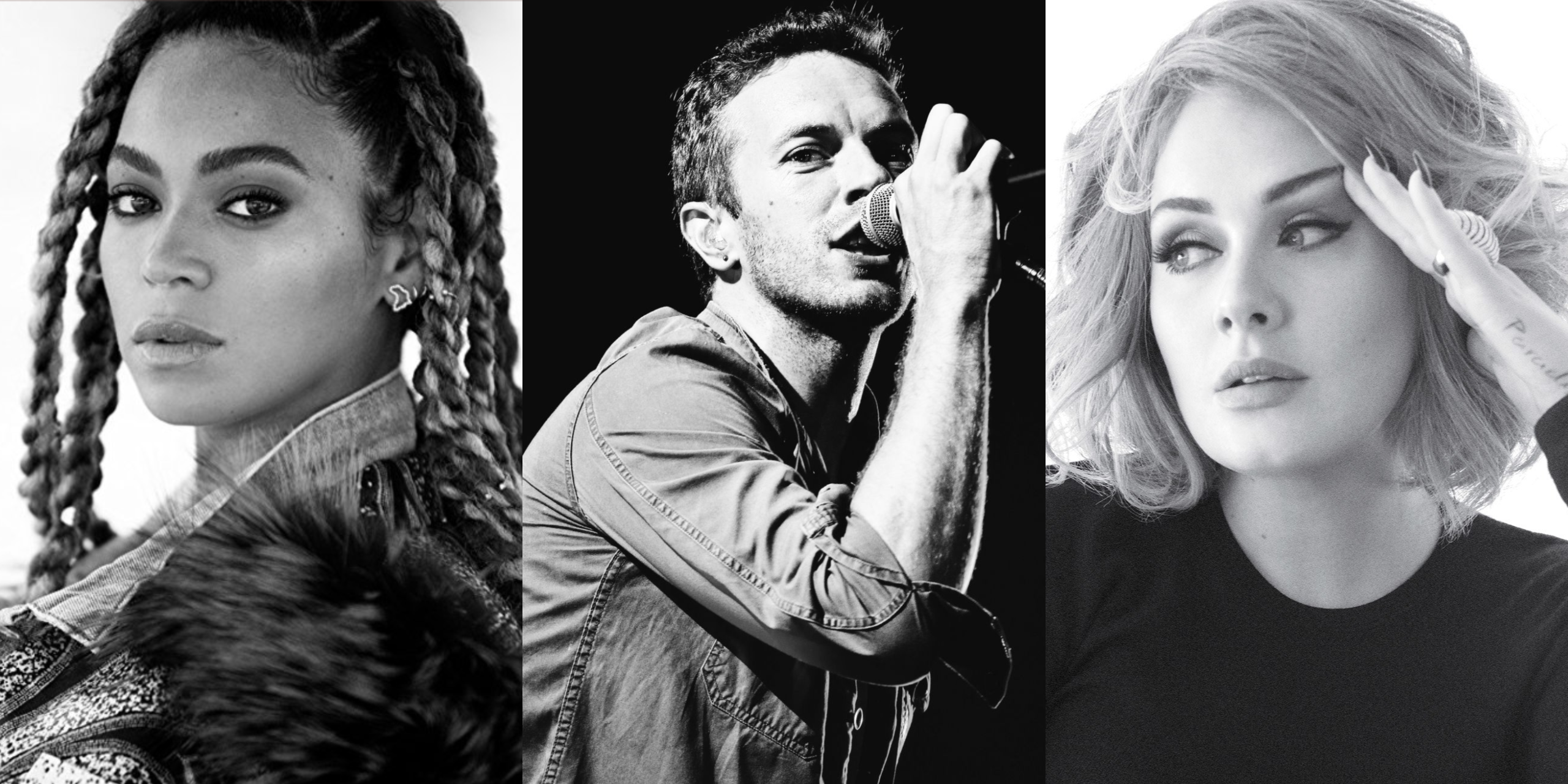 Beyoncé and Adele have a new collab in the bag. The track, the title of which has yet to be announced, will be among those featured on a new album from OneRepublic in 2020.

That’s the word from the band’s Ryan Tedder, who announced during a Global Citizen festival press appearance that the song also boasts some keys work by a certain Coldplay frontman.

“The bottom line is we do have an album’s worth of material…We have a lot more songs to come,” Tedder told Z100. “We have one song featuring Beyonce and Adele with a Chris Martin piano solo in the bridge.”

Tedder, of course, is also known for his work outside of OneRepublic as a songwriter and producer whose discography includes collaborations with Camila Cabello, Jennifer Lopez, U2, and both Adele and Beyoncé. His 2019 slate has included writing credits on tracks by 5 Seconds of Summer and Lil Nas X.

Adele’s most recent full-length is the 2015 XL and Columbia-released 25, which saw Tedder contributing on the track “Remedy.” Beyoncé, meanwhile, is fresh off the release of two 2019 full-lengths the live Homecoming album and the Lion King companion collection The Gift.

“If anyone is fitting of a claim to The Queen’s spot in our attraction for the very first time, it’s Beyoncé,” Madame Tussauds London boss Steve Davies said of the Beychella-inspired creation.