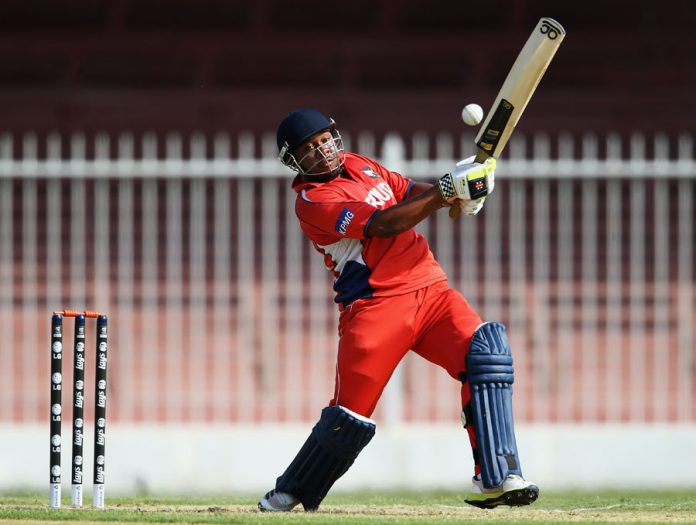 Bermuda captain Dion Stovell has been ruled out of the quadrangular ICC Americas Twenty20 World Cup Qualifier starting in Bermuda this weekend because of a head injury.

Officials said on Wednesday that 35-year-old Stovell had been declared unfit to participate in the week-long tournament because of a concussion he suffered when struck on the head in Cup Match – Bermuda’s premier domestic fixture – at Wellington Oval, St George’s earlier this month.

The Somerset all-rounder, wearing a cap rather than a helmet, was hit near his temple by a ball from St George’s seam bowler Justin Pitcher, facing the first ball of his team’s second innings after being promoted up the order. The umpires abandoned the match which ended in a draw.

After being attended to by medics at the crease, Stovell was taken to hospital for further observation and later discharged.

“Dion went back to physio today and they said he’s got a concussion so he is out of the tournament,” Janeiro Tucker, the assistant Bermuda coach, said on Wednesday.

“Of course, it’s a setback when your captain and the main batsman is out of the tournament. But we have to push on from it and I think the guys will pick up the slack.”

The withdrawal marks a major disappointment for Stovell, who had been looking forward to leading his country against the United States, Canada, and the Cayman Islands.

“It’s disappointing because I’ve been training all this time and put in the work and feeling good,” Stovell said.

“But the reality is that a head injury is very serious and I have a family I need to worry about. I have to do what I have to do.”

Terryn Fray is the team’s vice-captain.

Bermuda expects to be boosted by the return home from England of Sussex all-rounder Delray Rawlins for the tournament, which starts on Sunday.

Double-headers will take place at White Hill Field and the National Sports Centre, with the top two countries advancing to the final qualifier in Dubai in October and November ahead of the T20 World Cup in Australia next year.

West Indies are the defending champions.

Love Triangle: Blac Chyna gave up three cars due to no child support from her exes – Tyga and Rob respond! 0

Man crushed to death in Valencia 0