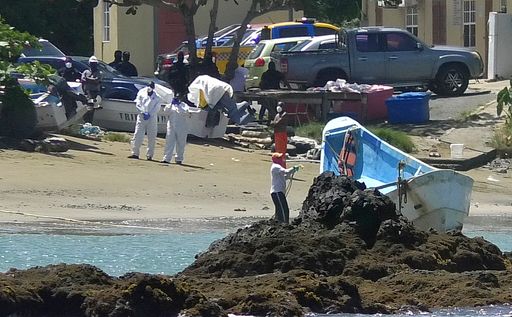 The residents of Belle Garden in Tobago, along with the All Tobago Fisherfolk Association (ATFA) are calling for the immediate removal of the Mauritanian boat, which drifted into Tobago waters with 14 dead bodies and one skeletal remain onboard last month.

Since its discovery, the vessel, along with its decomposing passengers, has been placed on the shore at Clark’s Bay, Belle Garden and the villagers are of the view that it poses a major health risk, as no one knows if there were any infections in the remains.

ATFA president Curtis Douglas said villagers are especially worried about the tarpaulin that was used to cover the boat, “as it is now 85 per cent in the vessel and with all of the rain that is falling, the water is now circulating in the vessel among the dead remains.

He said there is also the high potential of mosquito infestation in there, creating a next hazard.”