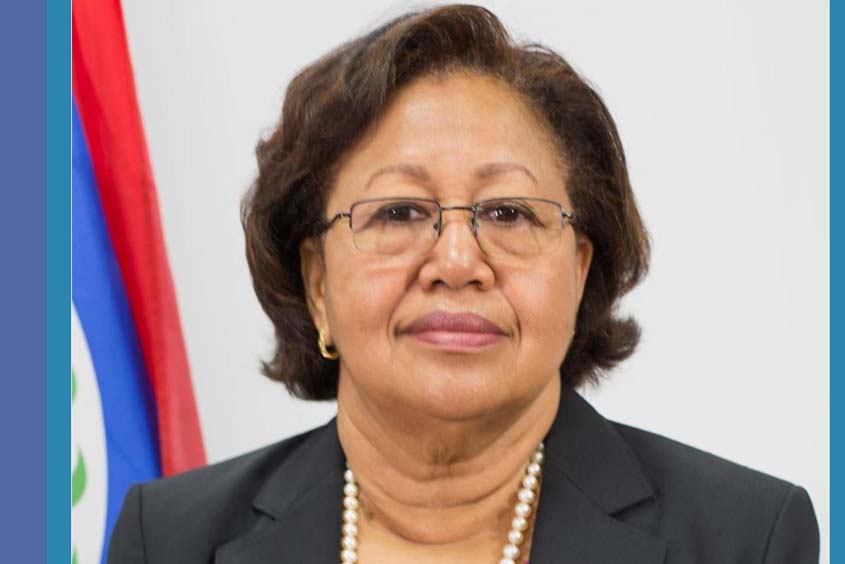 Barnett is hoping to succeed Ambassador Irwin LaRocque who has served two consecutive five-year terms as Secretary-General of the regional grouping.

In addition to her previous stint at the CARICOM Secretariat, Barnett worked across the region as an economist, later as vice president (operations) at the Caribbean Development Bank (CDB), and as a consultant to development agencies working in the Caribbean.

In Belize, she has been deputy governor of the Central Bank and was the financial secretary during the country’s first successful debt restructuring in 2007. Under the previous administration, Barnett was vice president of the Senate and a minister of state in the Ministry of Finance.

Commenting on her vision for CARICOM, Barnett said that she sees “a CARICOM that the ordinary woman and man will defend because they feel the impact in their daily lives through economic and social advancement that comes from community action”.

She said CARICOM should never be afraid to re-strategise, as it is now doing, when the needs are great and the resources scarce.

“The pandemic is forcing us to recalibrate and set new priorities for regional development. ‘Do more with less’ has new meaning for all of us. This does not mean less effective work. Indeed, increased incorporation of information and communication technology into our work provides opportunities for greater productivity and for CARICOM citizens to be much more involved in the strengthening of Regional integration well into the future, beyond COVID,” Barnett said.

CARICOM’s Council of Ministers will meet virtually later this month to consider nominations for the Secretary-General post and determine its recommendations to the Conference of Heads of Government. A Special Meeting of the Conference of the Heads of Government is to be scheduled for the end of April or early May to decide on the appointment. (CMC)