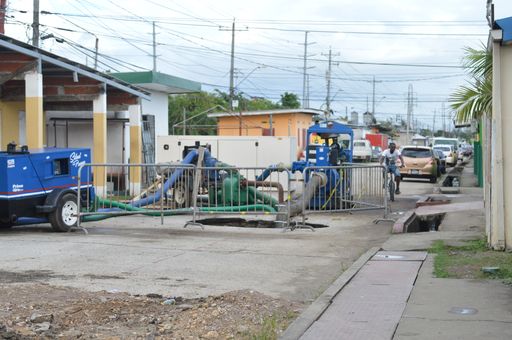 The Water and Sewerage Authority says it is in the final phase of the Beetham Sewer Pipeline Project.

In a media release Wednesday, WASA said this follows an unfortunate delay as work was temporarily suspended on the project after an employee of T&TEC fell and was injured at the jobsite last week.

It said following the incident the Occupational Health and Safety Authority conducted and concluded its investigations and WASA was cleared to resume works.

As a result of this occurrence, completion of the project has been deferred to on or before February 18th, 2022.

WASA said at present, all three manholes have been installed and work is underway to put in the necessary pipeline to interconnect the new lines to the existing system.

It said substantive works for this component is expected to be completed by the end of this week, after which sewage flows will be fully restored through the new pipeline system.

Completion of the pipeline interconnection works, will also allow for the commencement of final remedial and restoration works, inclusive of permanent road restoration.

The new system will eliminate sewer backups and the disruption and discomfort to residents.

The Authority is reassuring residents of Beetham it is working diligently to complete this project as soon as possible, in order to restore normalcy to the community.

Two charged for allegedly swindling $91,000 from a woman 0