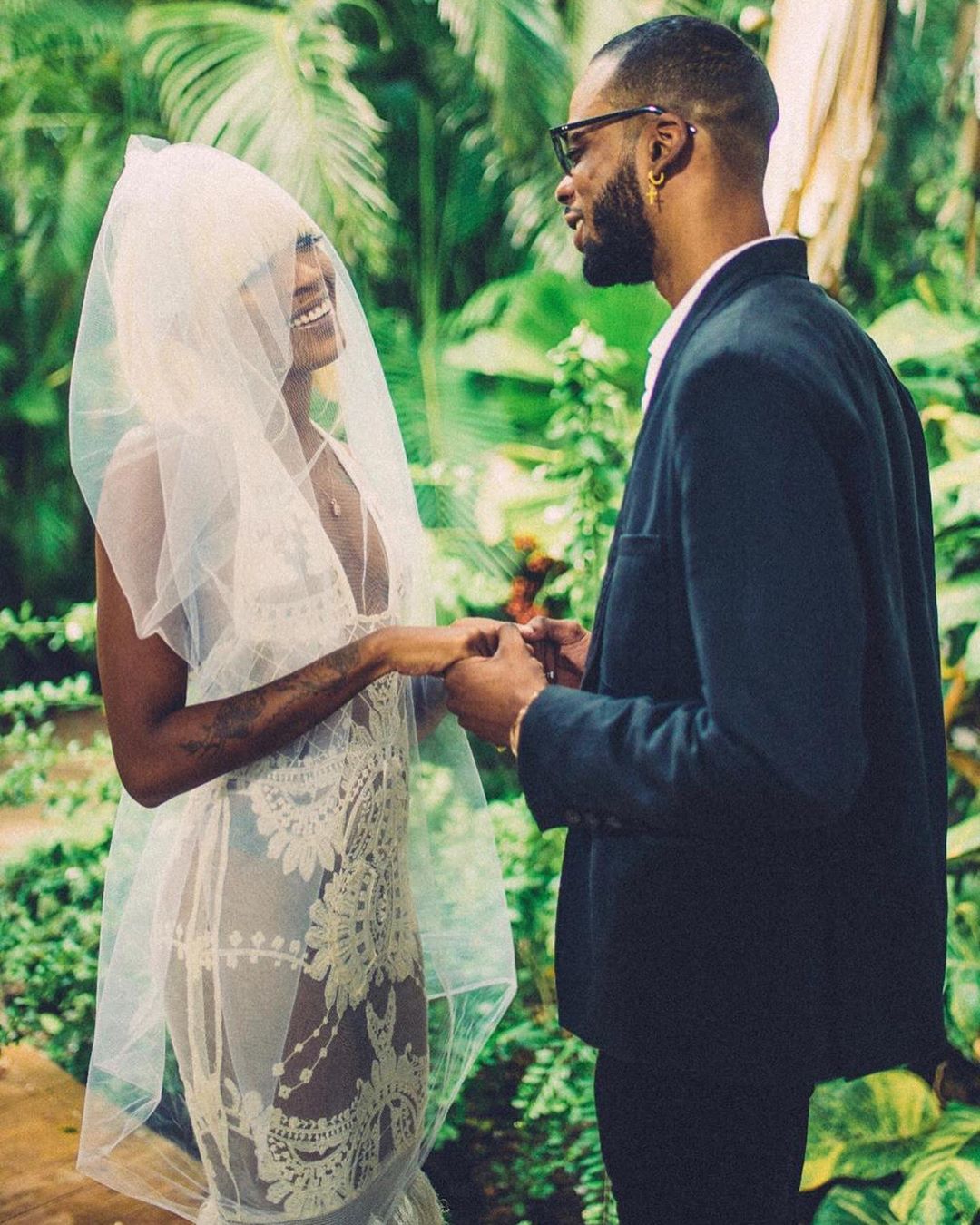 Members of the Ding Dong led Ravers Clavers dance crew Deshagaye “Desha Ravers” Davis, daughter of dancehall legend Beenie Man, and Kevon Lawrence, more popularly known as Wiz Ravers, have tied the knot. On October 11, 2019, both Desha Ravers and Wiz Ravers posted pictures of their nuptials on their Instagram pages that showed Desha dressed in a revealing lacy white dress and a saul, while wiz was dressed in a black suit.

The caption on Wiz Ravers (@wizravers) post read: “I’m ready for a lifetime of happiness with you, love from the start love, till the end.” While Desha went for a more simpler caption and wrote: “Now and Forever.” The caption was enough for fans and well-wishers to start bellowing congratulations to the two.

Earlier this year, Ravers Clavers leader Ding Dong set the standard for his crew members when the deejay/dancer tied the knot with his longtime girlfriend, Tashauna. Other popular dancehall entertainers that have also sealed the matrimonial deal are Mavado, who got married to his spouse Monique McKenzie in 2012. Aidonia married his longtime fiancée and mother of his child Kimberly Megan in 2016. Agent Sasco and his wife Nicole McLaren-Campbell are married for eight years now, and singer Romain Virgo tied the knot with wife Elizabeth in 2018.

The two have joined an elite team of dancehall entertainers who are reshaping how the dancehall culture looks at marriages.