Joel Schumacher experienced a boom in Hollywood in the 1990s. Michael Douglas played the role of a normal citizen, who becomes a gunman in “Falling Down” (1993). Schumacher brought the John Grisham bestsellers “The Jury” and “The Client” to the big screen – with Susan Sarandon, Sandra Bullock, Tommy Lee Jones and Matthew McConaughey. “Batman Forever” was a great box office success.

Now colleagues and fans have to say goodbye to Schumacher. The director died on Monday at the age of eighty. Born in New York, he directed two dozen films.

Schumacher’s “Batman Forever” (1995) with Val Kilmer as Batman and Jim Carrey as over-the-top Riddler was more colorful and shrill than previous “Batman” films. With “Batman & Robin” followed in 1997 a flop. Hollywood is reluctant to talk about defeats, but Schumacher bluntly admitted it to the twentieth anniversary of the comic book adaptation in an interview with “Vice” in 2017. “I want to apologize to any fan who has been disappointed because I think I owe them,” said the director. “It will be on my tombstone, I know that,” he whispered. 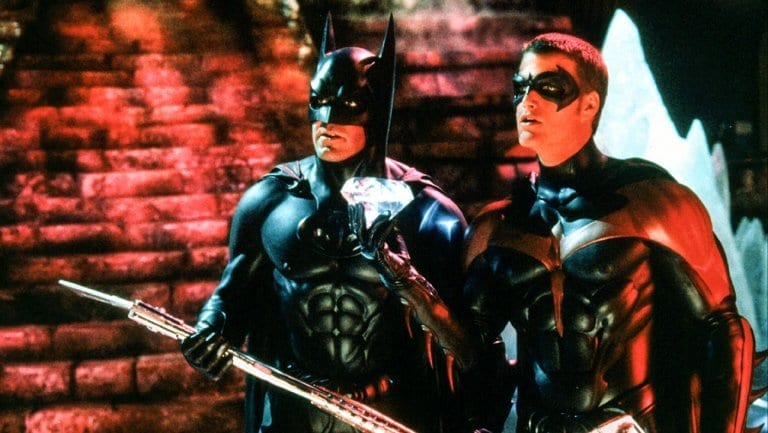 Schumacher made his first film as a director in 1981 – “The Incredible Story of Mrs. K” with Lily Tomlin in the leading role. With his third directorial project “St. Elmo’s Fire – Passion burns deeply, ”Schumacher noticed in Hollywood in 1985. The film with the so-called brat pack stars (actors who often appeared together and also celebrated) Emilio Estevez, Ally Sheedy, Rob Lowe and Demi Moore was about drug and love problems of rebellious teenagers. At that time Schumacher openly admitted to his former drug and alcohol addiction, which troubled him for years. For the thriller “Flatliners” he was able to do Julia Roberts and Kiefer Sutherland in 1989: Five young, ambitious medical students explore the boundary between life and death. In an experiment, one after the other is put into a coma until clinical death occurs for a short time, and then reactivated again. During their short excursions into the hereafter, the young researchers are confronted with repressed pasts like nightmares. With “Dying Young” (1991), in which Julia Roberts played the nurse and mistress of an incurably ill leukemia patient, Schumacher then tried a melodrama for the first time. Cate Blanchett played in the truth-based political drama “The Journalist” (2003). The following year, Schumacher’s musical adaptation “The Phantom of the Opera” was released in cinemas. It was praised above all for its bombastic effects and costumes. Schumacher made his last feature film in 2011. In the criminal drama “Trespass – Auf Life and Death ”were played by Nicolas Cage and Nicole Kidman.

Schumacher began his film career as a costume designer. Among other things, he equipped Woody Allen’s films “Sleeper” and “Inner Life”. He had it as a child
Desired to be the director, Schumacher said in an interview with the magazine “Vice”. He grew up next to a cinema and saw films before television became popular. “I loved films and wanted to tell stories myself,” he said.

Even in old age, Schumacher was still working. At the 2019 Cinepocalypse Film Festival in Chicago, the director chaired the jury. For a week, it was all about horror, action and sci-fi. The festival paid tribute to the filmmaker with the screening of “Falling Down” and “Flatliners”.

House on fire in Barataria 0

PTSC operations return to normal after meeting with Trade Unions 0