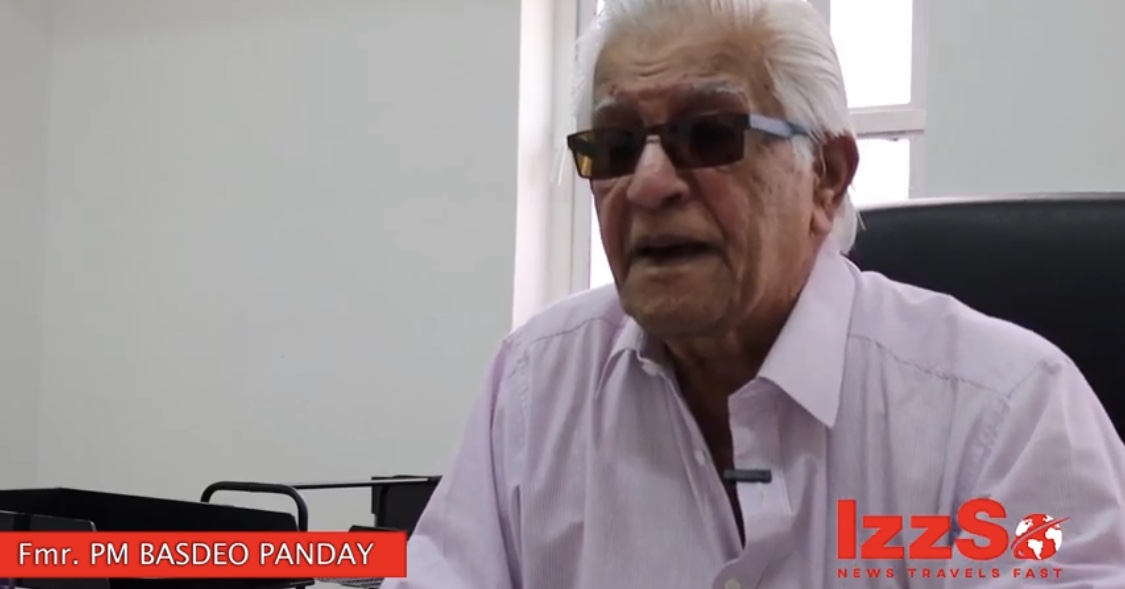 In a wide ranging exclusive interview with IzzSO media at the Basdeo Panday Foundation offices in Chaguanas , Mr. Panday said given the public sentiment, the United National Congress under Mrs. Kamla Persad Bissessar has not reformed itself enough to allay concerns about allegations of widespread corruption related to massive spending during the tenure of the People’s Partnership government from 2010 to 2015.He said the UNC would have to revamp the image of the party away from an image of weakness and corruption.

Mr. Panday also said at one time he was open to a reconciliation with Mrs. Persad Bissessar and even attended a meeting at her home in Philippines just after the People’s Partnership 2010 victory at the polls, which was organised by mutual friends, but she did not seem to share the same objectives as he did.

He said there were two other attempts on different occasions initiated by San Juan/Barataris MP Dr. Fuad Khan and Jearlene John which never materialised into actual meetings. He said at this time there is no longer an interest by him to reconcile with the Political leader of the UNC or the UNC in it’s present incarnation.

He also said that as a Prime Minister Dr. Rowley does not seem to understand protocol and get into many unnecessary fights. When asked about what he thinks are Dr. Rowley’s strengths as a leader?