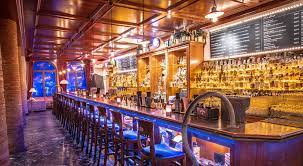 Barkeepers in total agreement with enforcement of the Public Health Ordinance

The Barkeepers and Operators Association of Trinidad and Tobago says it is in total agreement with the strict enforcement of the Public Health Ordinance for which it has been advocating since September 2020.

The Association says it is extremely pleased the new Minister of National Security has heeded to its call for a COVID Regulations Compliance Unit.

In a media release the Association says it is also advocating that the laws be enforced equitably which has not been happening.

The Association says certain bars across the country are allowed to operate with no restrictions because they are either affiliated or owned by past and/or present members of the protected services.

It says these enforcement issues were publicly confirmed by the TTPS and was also reported by members of the public and the BOATT on multiple occasions, both at station and personally to the senior level with very little being done to stop this breaches in the regulations.