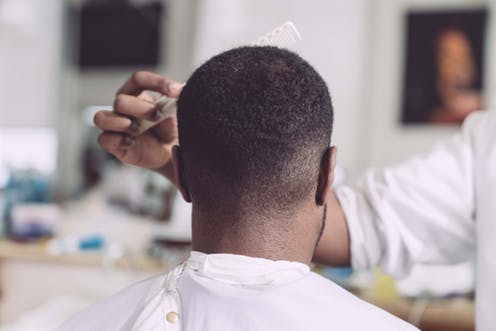 A 41-year-old barber was on Wednesday charged with exposing his genitals to one of his female clients and sexually assaulting her by touching her thigh.

Ceon Cantzlaar of North Ruimveldt, Georgetown appeared before Chief Magistrate Ann McLennan where the matter was heard in private. He pleaded not guilty to the charges.

The charge alleged that on September 24, 2019, he exposed his penis to the woman with the intent that she would see his genitals and be alarmed or distressed.

The second charge alleged that he touched the woman’s thigh in a sexual way without her consent. He was released on $25,000 bail on each charge and will return to court on October 7, 2019.

According to reports, the victim is known to Cantzlaar, since she had used his barbering services before.

On the day in question, the victim made an appointment via WhatsApp and went over to his business place.

It is alleged that while the victim was having her hair cut, Cantzlaar played explicit/vulgar music during which he pulled out his erect penis from his pants and showed it to her. It is further alleged that he touched the woman’s thigh and attempted to kiss her.

It is further alleged that after the woman left the barbershop, Cantzlaar sent her several voice notes on WhatsApp saying that he was sorry for exposing himself.