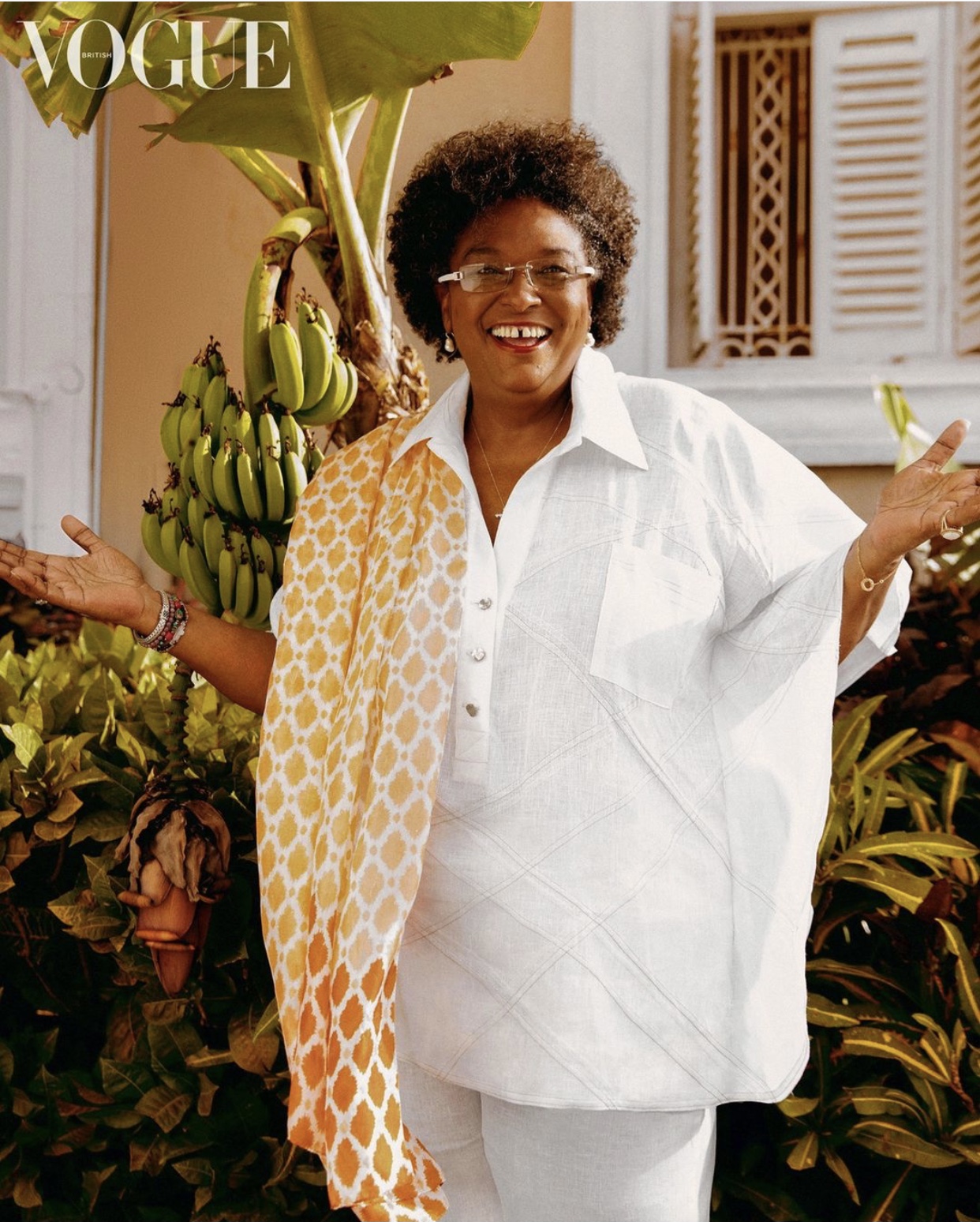 The charismatic and history making Barbados Prime Minister Mia Mottley graces the pages of @BritishVogue September issue and discusses taking the Caribbean island toward Republicanism and into the future.

She told the magazine: “There’ve been seven prime ministers before me, and three have died in office” . In a country the size of Barbados (smaller than the Isle of Man with a population roughly that of Newcastle), leaders end up carrying much of the load themselves, she explains. “So I’m in a job where the mortality rate is one in two. Those were the odds foisted on me, and it’s up to me to beat them,” she says, laughing.

Barbados is unused to change, but a little more than three years into the job, Mottley has announced plans to make same-sex civil unions legal and to hold a referendum on same-sex marriage, has set a bold immigration bill in motion, and is opening diplomatic missions in Ghana, Kenya, Morocco and the United Arab Emirates.
For Mottley, it is a case of tearing down the old ways to rebuild a country with ambitions for global renown.

Nothing symbolizes this vision better than his plan to transform Barbados into a republic by the end of the year. In her most historic act of governance, she will be tasked with realizing the country’s long-standing desire to impeach the Queen as head of state and replace her with a Barbadian citizen. “The only luxury I don’t have is to stay static,” she says in the melodic, tranquil tone unique to the island. “I know when you have the power, when you have the access to make a difference in people’s lives, you have to do it. It’s not easy, and it’s definitely not for the faint-hearted or the lazy, because what we’re trying to do is make people feel different about themselves and who they are.

It’s a powerful statement, but it’s not driven by animosity towards the royal family. “I think it’s all about accepting responsibility for who we are, and the responsibility ends there,” she explains. “I have a strong and healthy relationship with the Royal Family, especially Prince Charles, who I believe is truly a man beyond and ahead of his time when it comes to understanding the environment. Our determination to become a republic is not about rejecting them personally. It is an affirmation that it must be available to every boy and girl in Barbados to aspire to be the head of state of that nation. is not only legal, it is also symbolic of who or what we can become on a global scale. 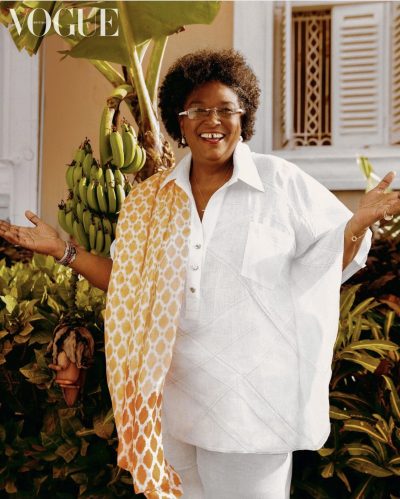