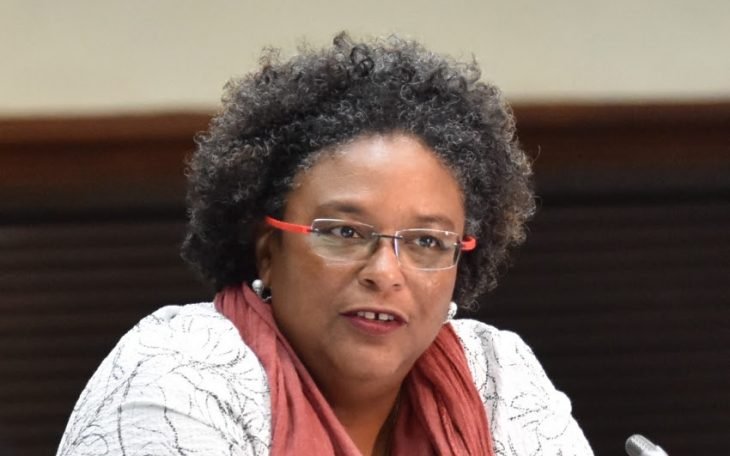 The Government of Barbados on Thursday imposed a curfew for the entire island starting at midnight until January 14, in an effort to stem the spread of the novel coronavirus (COVID-19).

The announcement was made on Thursday by Prime Minister Mia Mottley following news that the island has recorded 10 new cases of COVID-19.

Speaking during a press conference, Mottley, who told Barbadians to “pause and not panic”, also said that all commercial fetes have been cancelled.

During the press conference, Minister of Health and Wellness Jeffrey Bostic said of the 10 cases, five are of particular concern, with two being prison officers.

He said the ministry is actively pursuing and investigating these cases because they cannot be linked to a recent travel history.

Due to the new cases, the Prime Minister said it is time for “firm action and decisions.”

It was also announced that all prison officers, inmates and civilian staff will be tested in the next 48 hours and again in five days.

In addition – Monday and Tuesday have been declared as bank holidays, to allow public health officials the time and space of a “paused Barbados” to aggressively carry out contact tracing.

The Prime Minister also disclosed that the physical reopening of schools has been deferred until after January 14 and issues related to this decision will be addressed by officials from Ministry of Education on Monday.

It was also announced that churches will be allowed to conduct services, but they must be completed by 11 p.m. (local time) on Thursday. Restaurants will also be allowed to operate until 11 p.m.

According to Mottley, while beaches will not be closed at this time – she is not afraid to do so – adding that drone technology will be made available to the Royal Barbados Police Force and the Coast Guard to “keep adequate watch”.

“What we do not want is people on the beaches gathering in the manner that they did on Boxing Day, which was completely unacceptable and for which I have asked the COVID Monitoring Unit to let me know how it happened and what actions they were going to take about it,” Mottley said.

The Prime Minister said gatherings are forbidden and asked people to stay at home in their bubbles and to sanitize and wear masks.

She said Barbados has not recorded any deaths from COVID-19 for some time and “I want is so”.