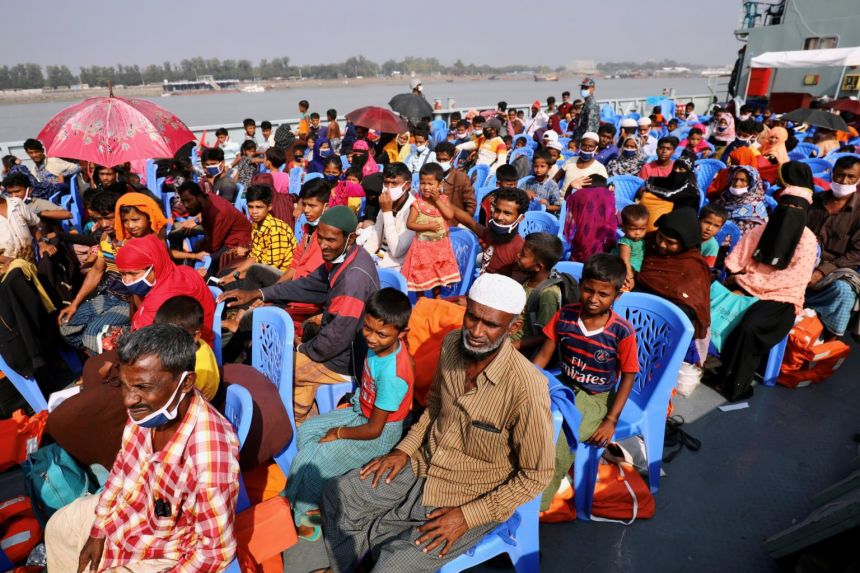 A ship carrying around 1,400 refugees is expected to arrive on Bhasan Char – an island about 40 kilometers (24 miles) off the coast near the city of Chittagong – in the coming days, according to Shahriar Alam, Bangladesh’s minister of state for Foreign Affairs.

The Bangladeshi government has spent years building a network of shelters on the island to accommodate up to 100,000 people currently living in large refugee camps in Cox’s Bazar, near the Myanmar border.

But human rights groups and the refugees themselves have have expressed concerns for the safety of this sparsely populated and sparsely populated island, as it is often partially submerged during the monsoon season and is vulnerable to cyclones.

Human Rights Watch described conditions on the island as “bad,” with the Rohingya likely facing a lack of adequate medical care. The group also expressed concerns that refugees may be denied freedom of movement, sustainable livelihoods or education. It is also unclear what role – if any – humanitarian agencies will be allowed to play there.

In a statement, Refugees International said the resettlement was “shortsighted and inhumane” and should be stopped.

“Without proper assessments and without adequate information for the refugees on the conditions on the island, this decision is nothing less than a massive and dangerous detention of Rohingya in violation of international human rights obligations,” said Daniel Sullivan, the group’s main human rights defender.

The government has been building facilities in Bhasan Char for several years to ease pressure on the overcrowded camps in Cox’s Bazar, which are home to around 1 million Rohingya refugees.

Many refugees fled Myanmar to Bangladesh to escape a violent military crackdown in 2017, which led the International Court of Justice in The Hague to order Myanmar to protect the Rohingya population from acts of genocide. Myanmar denies genocide accusations and maintains that military “mine clearance operations” were legitimate counterterrorism measures.

Bangladesh has argued the resettlement process will be voluntary, but several rights groups have expressed concerns that the refugees will be coerced.

Human Rights Watch said a dozen families said their names were on a list of people identified as ready to leave, but that they had not volunteered to move. Some of the refugees on the list are reported to have fled for fear of forced resettlement.