A shootout involving police and a bandit in the Maraval area this morning, resulted in the suspect being killed.

Dead is 22-year-old Nathan Paul, of Toncabean Trace, Maraval, who is said to have been among a small group of men, who robbed a KFC outlet on Sunday night. 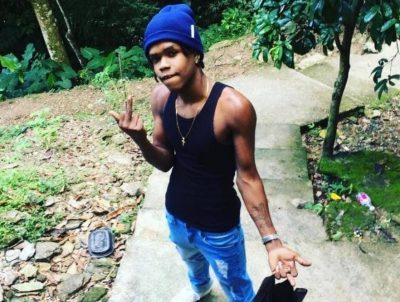 Police report that Paul and others were dressed in police tactical uniforms, when they robbed a KFC outlet located on a NP gas compound, right next to the Maraval Police Station.

Police have been on the hunt for the men and during a patrol in Toncabean Trace, around 9am this morning, police stated that they were shot at. They shot back and Paul was hit. However, an officer identified as PC Frith was also shot.

He was hit in the leg and is nursing his injuries at hospital..

Police said Paul was charged in 2020 with a series of gun-related offences including attempted murder and was also a suspect in a murder.

A police officer was shot in the leg during a reported shootout with the suspect.