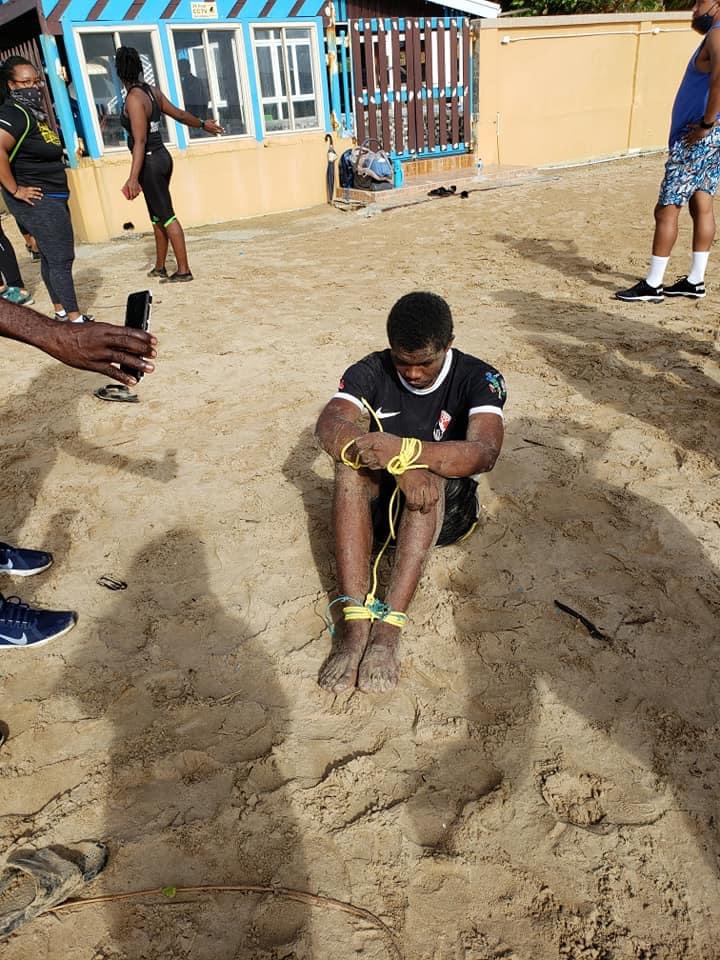 Bandit hogtied by exercise group he tried to rob

Officers of the Mayaro CID are investigating a robbery on Saturday, in which a group of fitness enthusiasts were robbed.

The suspect was detained by the group and is now in police custody.

Reports are that around 9am yesterday, a group of Maloney residents went to Mayaro beach to exercise, but while working out, one of the trainers, who was watching over their personal belonging was accosted by lone bandit.

The suspect grabbed the trainer’s cellphone and two others before running away.

Some members of the group noticed what took place and chased the suspect.

They were able to apprehend him and hogtie him until the police arrived.

Find Yourself A Wife And Stay Away From Instagram, The Game 0