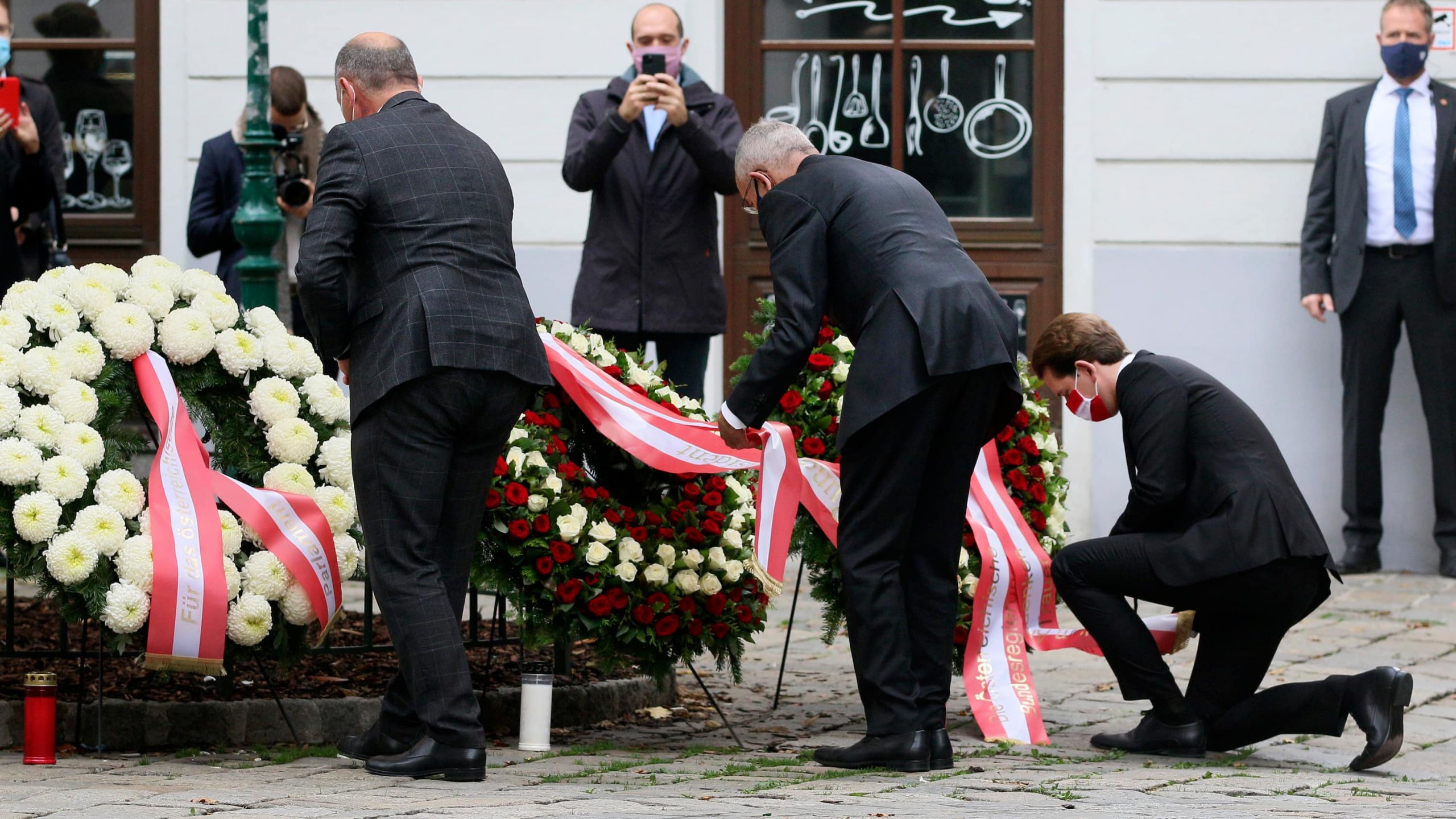 The Austrian government declared three days of official mourning on Tuesday, with flags on public buildings to be half-masted until Thursday, after the terrorist attack in Vienna on Monday evening.

Unverified video showed the suspect, dressed in a white jumpsuit, firing seemingly random bursts as he ran through the cobbled streets of the Austrian capital.

Nehammer said the video material so far offered no evidence of another attacker but the investigation was ongoing. He said the number of injured had risen to 22.

Two men and two women died as a result of their injuries in Monday night’s attack, Chancellor Sebastian Kurz said. He said a police officer who tried to disturb the attacker was shot.

The Vienna Hospital Service said seven people were in a potentially fatal condition on Tuesday after the attack, Austrian news agency APA reported.

“It is now confirmed that yesterday’s attack was clearly an Islamist terrorist attack,” Kurz said. “It was a hate attack – hatred for our core values, hatred for our way of life, hatred for our democracy in which all people have equal rights and dignity.”

Nehammer later told the APA that the dead assailant, who had roots in the Balkan nation of North Macedonia, had previously been convicted under a law that punishes membership in terrorist organizations.

Austria held a minute of silence at noon on Tuesday, accompanied by the sound of bells in the capital. Kurz, President Alexander Van der Bellen and other prominent political figures laid wreaths and candles in the area where the attack took place.

The Austrian army provided 75 soldiers to guard key sites in Vienna, freeing the police to continue the investigation.

Ramlogan on Akili Charles death: Psychologically, we put a distance between “us” and “them 0