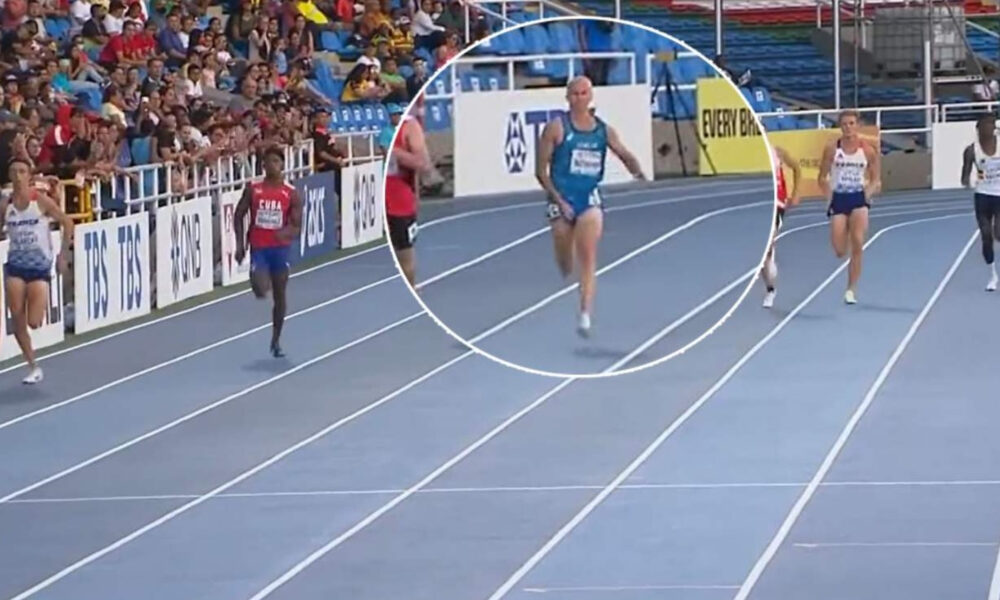 An athlete competing at the 2022 World Athletics U20 Championships, lost a race despite being in the lead, after he suffered an unfortunate wardrobe malfunction.

Italy’s Alberto Nonino, was competing in the 400-meters of the decathlon in Cali, Colombia when the incident took place.

Nonino started off well by gaining pace against his competitors and was on track to claim victory.

However he started slowing down, began to look uncomfortable and was seen repeatedly moving his hand to his pelvic region to hide what appeared to be an exposed body part.

The athlete’s attmept to fix himself allow his competitors to overtake him as he eventually finished last and was seen attempting to readjust his running shorts even as he crossed the finish line.

The 18-year-old has since taken to Instagram to open up about the incident.

Calling it an “accident”, he requested internet users not to send him links to stories and posts related to it.

He added that although the incident appears funny now, however, after he finished the match, he felt “terrible”.

The athlete added that his family and friends are helping him get over it.

Classes Suspended, For One Day, At Bishop’s High School Tobago To Facilitate Sanitization 0