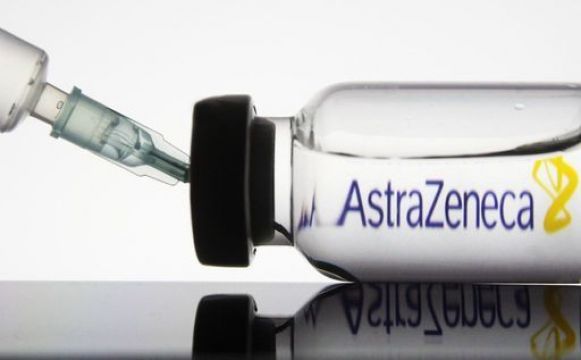 It also said it had not yet fully determined whether the vaccine protects against severe disease caused by the more transmissible coronavirus variant.

Annual vaccines or a booster in the autumn could be required to combat variants.

More than 100 cases of the South Africa variant have been found in the UK.

The preliminary findings from a small study of more than 2,000 people have not yet been peer-reviewed.

First reported by the Financial Times and confirmed by AstraZeneca, the preliminary study suggest the vaccine offers limited protection against mild and moderate disease caused by the variant.

The study is due to be published on Monday.

A spokesman for AstraZeneca said they had not yet been able to properly establish whether the jab would prevent severe disease and hospitalisation caused by the South Africa variant because those involved in the study had predominantly been young, healthy adults.

But the company expressed confidence that the vaccine would offer protection against serious cases, because it created neutralising antibodies similar to those of other coronavirus vaccines.

The University of Oxford told Reuters news agency it was working with AstraZeneca to “optimise” the pipeline in vaccine production if it needed to adapt to a change in the virus.
It has said a new vaccine to work against mutated versions of the virus could be ready to deploy in the autumn if needed.

Dr Michael Head, a senior research fellow in global health at Southampton University, said that if the Oxford-AstraZeneca vaccine was less protective against mild disease but prevented severe disease this would “still be a pretty good outcome”.

“I don’t think we need to be too alarmed by [the reported findings] as yet but we do need to see the full study to work out what the implications really are,” he told the BBC.

It comes after the company on Saturday said its vaccine provided good protection against the variant first discovered in Kent, which is now dominant in the UK.

Current vaccines were designed around earlier versions of coronavirus, but scientists believe they should still work against the new ones, although it is not yet clear how well against different mutations.

Experts say vaccines could be redesigned and tweaked to be a better match for new variants in a matter or weeks or months if necessary.