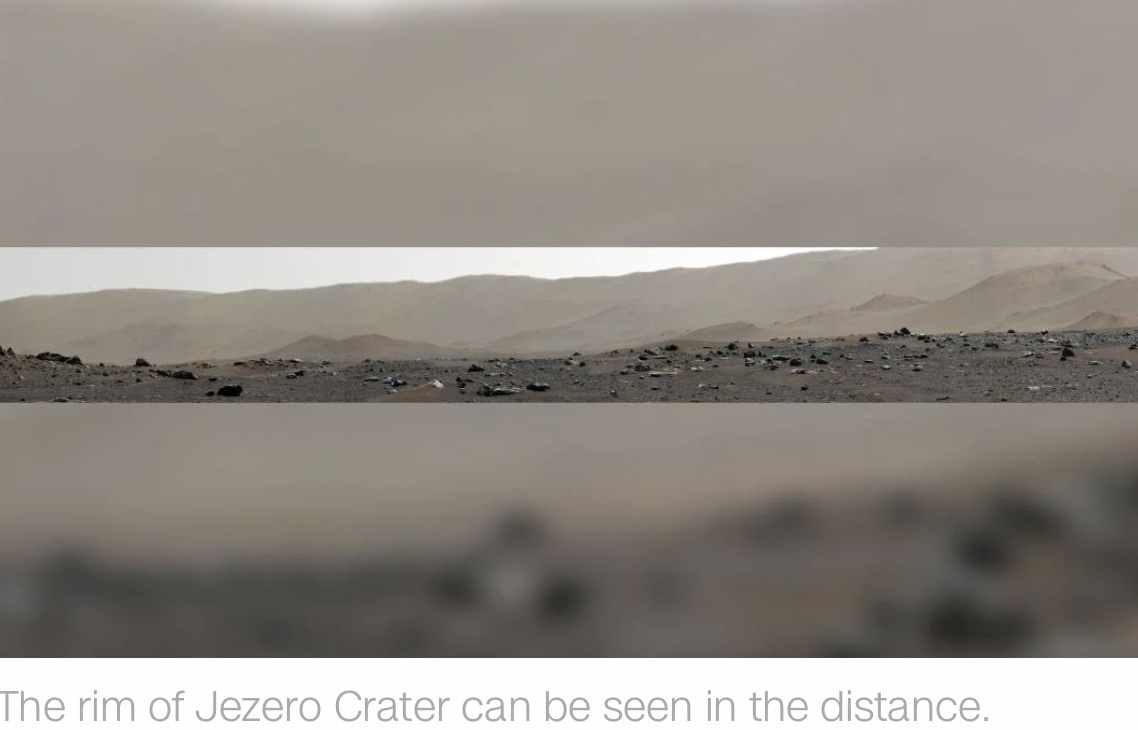 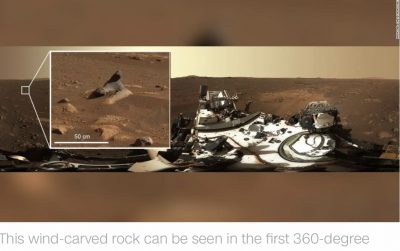 NASA’s Mars 2020 Perseverance rover got its first high-definition look around its new home in Jezero Crater on February 21, after rotating its mast, or “head,” 360 degrees, allowing the rover’s Mastcam-Z instrument to capture its first panorama after touching down on the Red Planet on Feb 18. It was the rover’s second panorama ever, as the rover’s Navigation Cameras, or Navcams, also located on the mast, captured a 360-degree view on February 20. 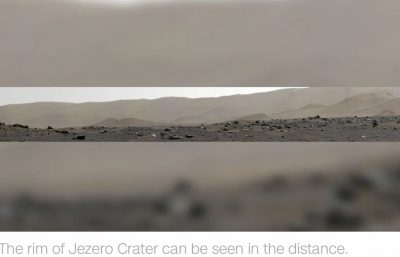 Mastcam-Z is a dual-camera system equipped with a zoom function, allowing the cameras to zoom in, focus, and take high-definition video, as well as panoramic color and 3D images of the Martian surface. With this capability, the robotic astrobiologist can provide a detailed examination of both close and distant objects.

The cameras will help scientists assess the geologic history and atmospheric conditions of Jezero Crater and will assist in identifying rocks and sediment worthy of a closer look by the rover’s other instruments. The cameras also will help the mission team determine which rocks the rover should sample and collect for eventual return to Earth in the future. 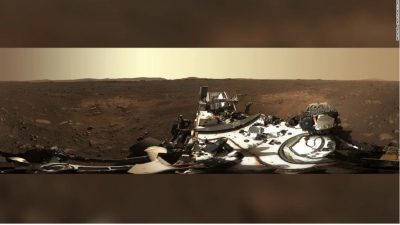 Stitched together from 142 images, the newly released panorama reveals the crater rim and cliff face of an ancient river delta in the distance. The camera system can reveal details as small as 0.1 to 0.2 inches (3 to 5 millimeters) across near the rover and 6.5 to 10 feet (2 to 3 meters) across in the distant slopes along the horizon.