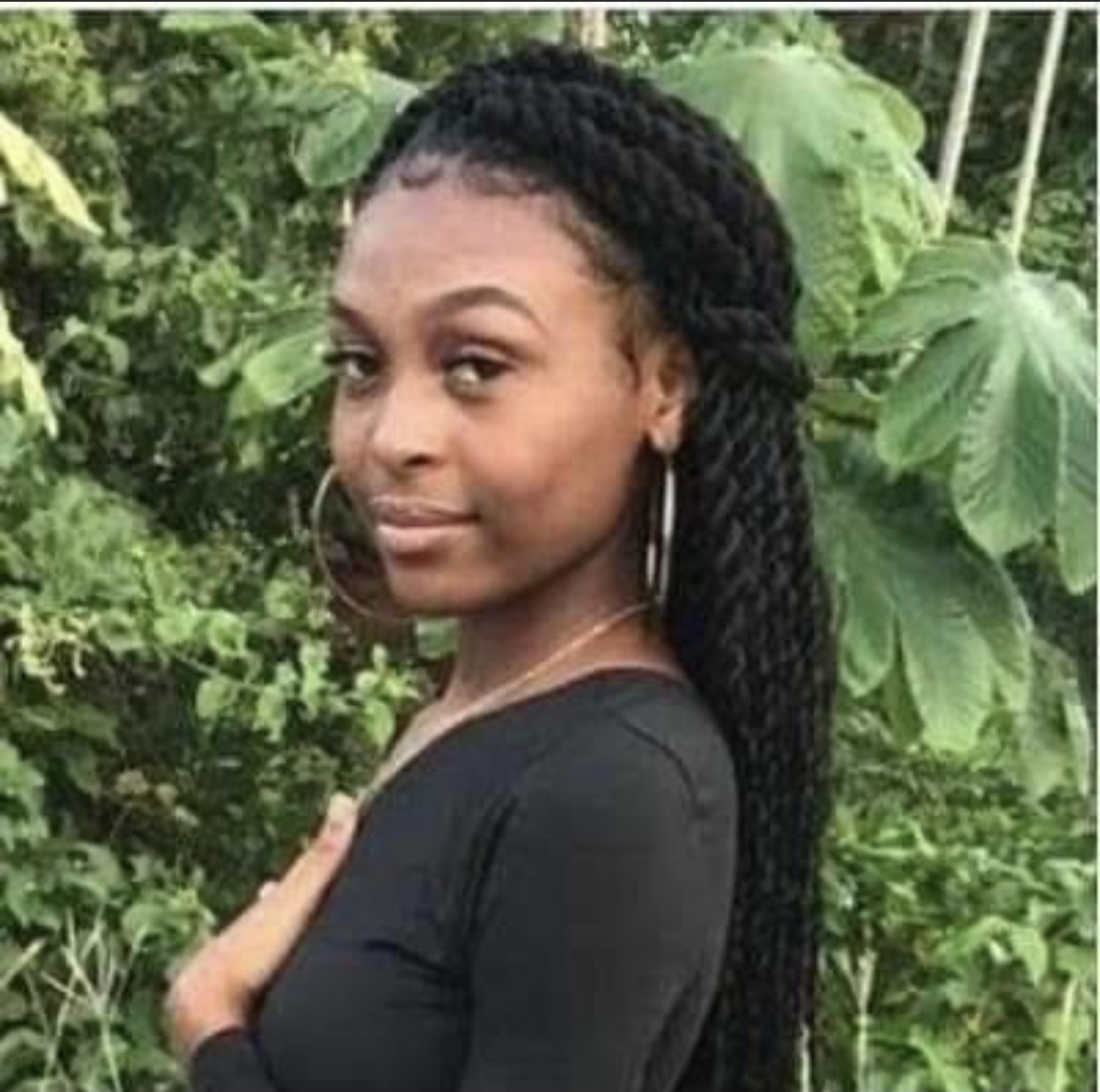 Trinidad & Tobago has a serious problem with protecting our girls and women. Like many other countries we have been for decades a male dominated society, however women and girls have been excelling in almost every field in the country. In 2020 alone , there have been 46 women murdered, 26 of whom have been in situations of domestic violence.

Although the proverbial glass ceiling has been broken with the elevation of our first female Head of State in Her Excellency President Paula Mae Weekes, and the country’s first female Prime Minister Kamla Persad Bissessar in 2010. Trinidad and Tobago also boasts a female President of the Senate The Hon. Christene Kangaloo and Speaker of the House of Representatives The Hon. Bridgitte Annisette George. But what about the average women in everyday Trinidad and Tobago, how are they fearing in their of their progress and most importantly their safety and security.

IzzSo Media and Power 102 investigates the disturbing phenomenon of the rape, abuse and slaughter of our girls and women. Over the past two decades we have seen the ever increasing occurrences of domestic violence, rapes and murder of girls and women in Trinidad & Tobago which puts us at the forefront of this disturbing trend in the region.

We obtained data from CAPA, the Crime and Problem Analysis Branch of the Trinidad and Tobago police service which highlights the disturbing trends of violence against our girls and women. With a population of approximately 1.398 million. Females make up 50.63 % of the population of Trinidad & Tobago which increased from 50.61 % in 2019 according to World Population prospects website. This is taken from the United Nations population projections and estimates 2020.

The organization ‘Equality now’ which was launched in 1992, describes the issue of sexual violence as a ‘Global shame’ where around the world, rape and sexual abuse are everyday violent occurrences affecting close to a billion women and girls over their lifetimes. However, despite the pervasiveness of these crimes, laws are insufficient, inconsistent, not systematically enforced and, sometimes, promote violence.

In Trinidad & Tobago in 2020 we have seen more of the the heinous and brutal murders of several women often at the hands of estranger relatives. Between the years 2000 to 2019 there have been the murders of 743 women murdered, 2019 being the highest number at 63, with 2008, at 54, and 2017 at 52 being the highest numbers of women murdered in the 20 year span.
When we look at the data the number of women being murdered has been steadily increasing. At 743 murders over 20 years, the average is 37.15 annually, which is 3.09 women murdered on average every month for the past twenty years.

This means that Trinidad & Tobago must face the cold reality that we have a significant problem with Domestic Violence at the data presents and verifies over the past twenty years, and the problem is getting worse. Women are literally under attack in Trinidad & Tobago.

Criminologist Dr. Keron King spoke to Izzso Media on the issue of female murders in Trinidad & Tobago: “The numbers surrounding femicide in Trinidad and Tobago has been troubling for a while now. Femicide is particularly a problem in Latin America and the Caribbean. Our region unfortunately accounts for the lion’s share of femicide worldwide. It has been found that of the twenty-five countries with the highest rates of femicide in the world fourteen are from this region. Whilst our numbers do not compare to those countries who top the charts in Latin America it is still very worrying, and it is time we dedicate more research efforts to better understand this specific type of violence. Our discussions surrounding this cannot remain at the aggregate level. For instance, we do not know how much of these murders were perpetrated by romantic partners or former romantic partners versus strangers or so. We know very little of the victim and the context of these offences, so it is very difficult to construct a proper victimological analysis. This of course is very necessary for it will ultimately inform our policies around this problem”.

There are predators and serial rapists roaming the streets of Trinidad and Tobago, the vast majority of which are never brought to justice. Over the period in question which is from 2000 to 2019 there were 6047 reported rapes in Trinidad & Tobago. In 2000 there were 219 reported rapes and by 2019 that number raised to 439. The lowest number of rapes reported in this period was in 2003 when 201 rapes were reported. The years with the highest reported rapes were 2018- 541, 2017-449 and 2019-439. The issue is further compounded with we look at the data on reported rapes over the same time period and juxtaposed with rape conviction for the same period.

This abysmal track record of apprehending perpetrators and conviction of rapists begs the questions:
1] Why are conviction levels for rapes so low?
2] What systems are in place to improve the process for reporting for women which are sensitive and efficient?
3] Why should women bother to report given this extremely low conviction rate and the trauma of revictimization associated with reporting and the process involved in the criminal justice system?
4} How can we protect girls and women and prevent rapes given the data?

Criminologist Dr. Keron King weighed in on this serious and disturbing matter, he says to get a more accurate picture of the actually versus reported number of rapes , we would need to multiply the number by six:

“The reported cases of rape are equally troubling as the fatal violence against women in T&T. Especially when we consider the Dark Figure of Crime, that is the number of unreported crimes. We know from a Victimological Survey done in T&T that for every reported rape we need to multiply that number by at least six to truly get the real number of rapes against women. We also know from international research and looking at the uncharacteristically high detection rates for rape, incest and other sexual offences by the local law enforcement (60% for some years) that most of the perpetrators are known to the victim. These findings continue to tell us that women are being hurt the most by the men closest to them. We need clear leadership and strong evidence-based policies to turn this tide”.

Data from around the world suggest that in most jurisdictions most rapes are not reported for many reasons. In data analyzed by the National Sexual Violence Resource center it was found that 63% of sexual assaults are not reported to police. RAINN (Rape, Abuse & Incest National Network) is the United States largest anti-sexual violence organization. RAINN research indicates that only 230 out of every 1,000 sexual assaults are reported to police. That means about 3 out of 4 go unreported. 75% of rapes and sexual assaults go unreported. This level of unreported rapes is consistent around the world. This means that over 50 % of rapes goes unreported. If we translate this to Trinidad & Tobago, which according to CAPA has documented over 6000 rapes between 2000 and 2019, suggests that over 12,000 rapes were perpetrated in that time period, the majority of which have not been reported. That translates to 300 reported rapes on average every day for the time period in question and 600 including unreported on the lower end of the assumption related to unreported and reported rapes combined. If we only take the reported rapes on average at least one woman or girl is raped every day, and if we take the combined reported and reported at least two females are raped every day in Trinidad & Tobago.

“73.4 % of rapes occurs in the 7-24 age group which means that three quarters of reported of rapes in Trinidad and Tobago are perpetrated against girls and women under the age of 25 years old”.

The data also presents that 73.4 % of rapes occurs in the 7-24 age group three quarters of reported of rapes in Trinidad and Tobago are perpetrated against girls and women under the age of 25 years old. These are the jewels of our nation’s future, whom we should be protecting. We are failing them. They are scared and traumatized and in most cases do not receive the level of counselling that can provide some level of intervention and healing. The data also presents that 49 % , almost half of rapes in Trinidad & Tobago are against women of African decent, which may be pointing to some sociocultural issue that must be further investigated, to attempt to identify the underlying factors and intervention strategies for all types, categories and victims of sexual violence.

Psychologist and independent Senator Dr. Varma Deyalsingh spoke to IzzSo media about the trauma and challenges faced by victims of rape and sexual assault:

“Rape itself warps/corrupts one of the most intimate forms of human action and as such has a unique likelihood to the survivor. Rape to put it quite bluntly linked to sex, and act that is usually linked pleasure relationship and choice. Psychotherapist Laurence Miller referred to sex with the notion that “No other physical encounter between human beings carries such a disparate potential for good or evil” In rape all positive aspects associated with sex are stripped away. Rape leaves a survivor with emotional, psychological and physical reaction
Most survivors feel a great sense of guilt, self blame. They may think that they had some part in it happening them. These thoughts are only reinforced by our society, who seems to also place either overtly or covertly the brunt of the responsibility on the victim.
Other Emotional reactions include numbness, confusion, feeling of a lack of control, vulnerability and anger. These emotional reactions may present as post traumatic stress disorder, anxiety, substance abuse issues, self injury, depression, sleep disorder, eating disorders and even suicidal ideation

In addition to the psychological and emotional trauma associated with rape we can’t forget the physical consequences. These include possible pregnancy, contraction of sexual transmitted diseases and wounds. A study done by Reuters Health showed that approximately 30 percent of rape survivors experience pelvic floor hypertonicity that result in painful intercourse (dyspareunia). Survivors also face challenges in the form of other people.
A lot of survivors confide in others about their trauma and are met with someone not believing them or implying that the egregious act of violence was their fault.

These responses are some elicited from person’s in authority that a survivor a rape thinks that they may be able to trust. A lot of rape survivors can find it difficult to trust others, which can pose challenges in building and maintaining intimate relationships”.