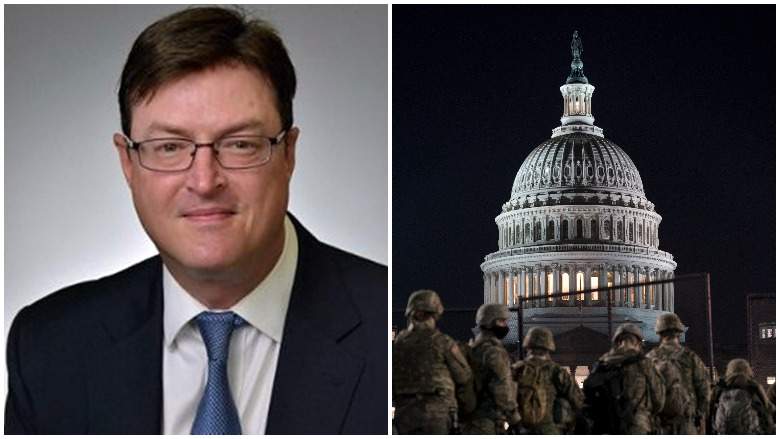 American, Christopher Stanton, 53, became the first alleged Trump insurrectionist to commit suicide, after he was exposed for his part in the violent coup attempt in Washington, U.S., last week.

Authorities have not yet commented on a reason why Georgia took his own life. A police report obtained by The Sun states that Georgia’s family members were “extremely distressed” at the scene.

Christopher was arrested in Washington DC last week for participating in the Capitol attack. On Saturday, police found him dead at his residence in Alpharetta, Georgia. Fulton County Medical Examiner confirmed that he died after a self-inflicted gunshot wound in the chest.

According to his LinkedIn profile, Christoper worked as a regional portfolio manager at BB&T. It is a North-Carolina based banking company that later became known as Trust Financial after a merger with SunTrust in 2019.

In the early 1990s, Georgia reportedly earned his livelihood by selling hairpieces, before he secured a stable career in finance.

Based on reports, the Federal Bureau of Investigation will continue to review video from the attempted coup that took place in in Washington DC last week and identify all the participants. It is also expected that over the next few days and weeks, more arrests will be made, and those connected to the event will be held accountable.

Loading...
Newer Post
UNC says it has done more for Tobago than the PNM
Older Post
Anil Roberts calls Young a “clown” and compares him to O’Halloran

Extension being considered for registered Venezuelans 0

Minister Cudjoe Launches “ALL THAT IS WE” Craft Markets 0