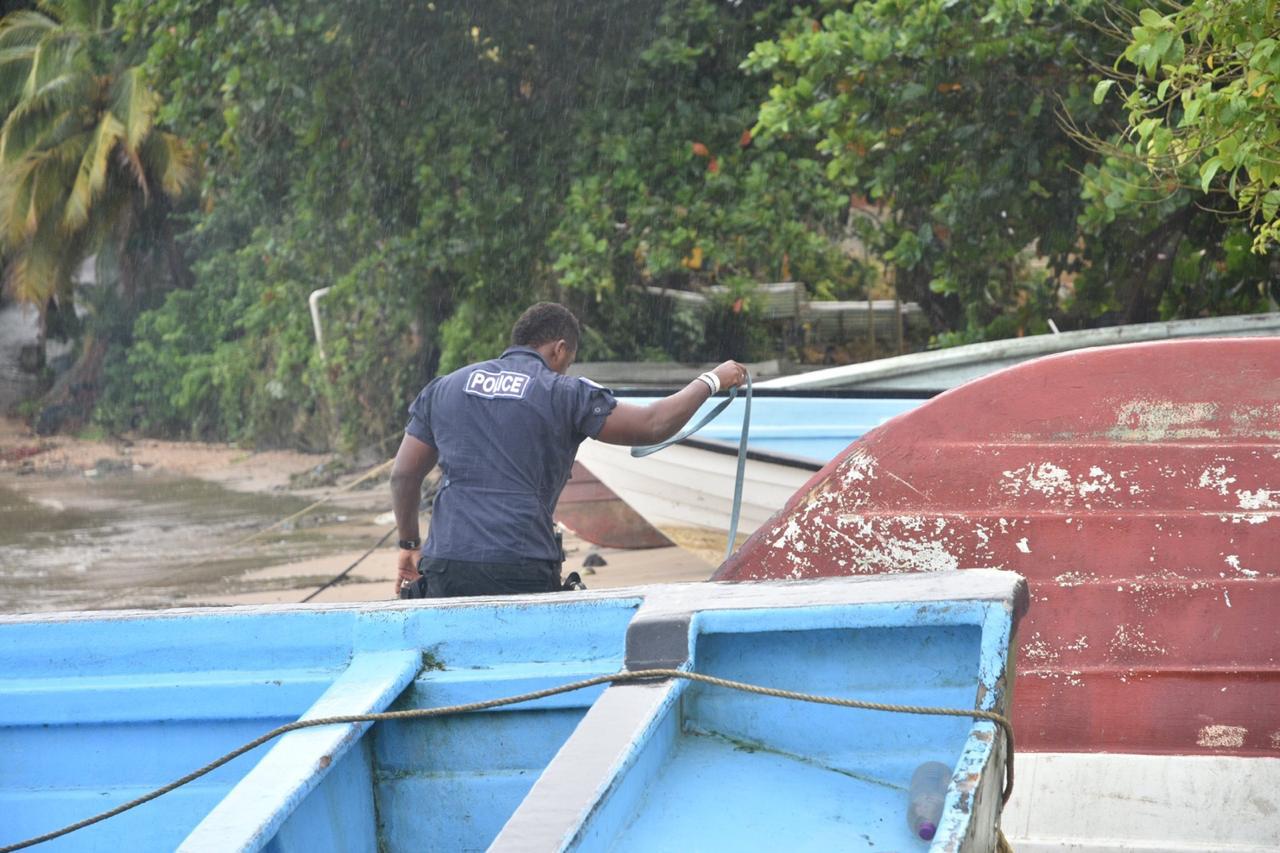 Two firearms, a quantity of ammunition and one bulletproof vest were confiscated in Las Cuevas this morning during a police raid in the area. Sources suspect the items were to be used in a retaliation attack following the murders of reputed drug-lord Vaughn “Sandman” Mieres and his wife Alita “Letty” Dehere. 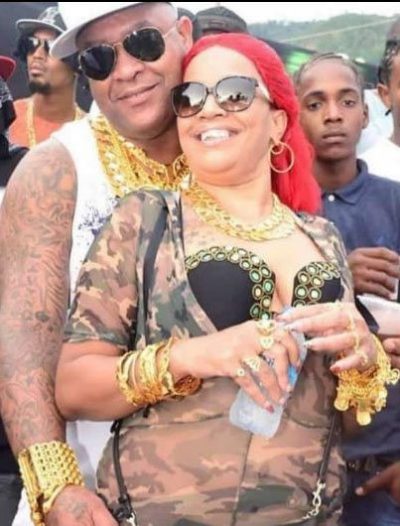 22 persons were arrested for various offences during the massive exercise known as ‘Golden Tombstone’. Officers of the Northern Division Task Force, Special Operations Response Team (SORT) and the TT Defence Force locked down parts of Las Cuevas around 2.a.m. after the items were found. Extensive searches are said to have been carried out on both land and sea. 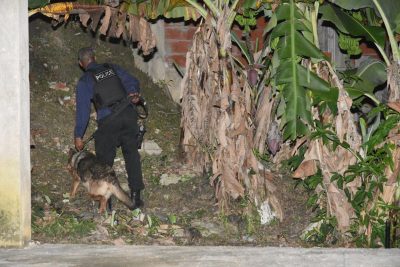 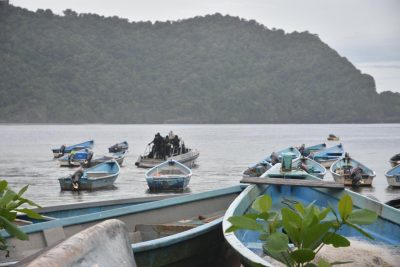 Five of the detained, between the ages of 22-30 were said to be found in a wooden house. 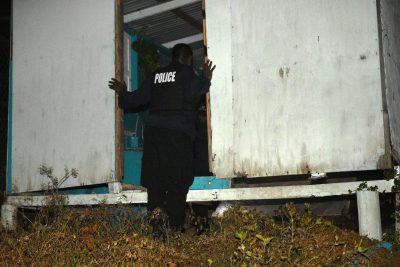 The officers also seized one Mac 10 pistol loaded with 20 rounds of ammunition and one shotgun along with twelve gauge cartridges.

Sources close to the arrest  said one of the suspects is closely linked to Mieres and Dehere. Mieres, his wife, and two men reported to be bodyguards were murdered in Mieres’ Las Cuevas home last month. The killers left the area aboard a fishing boat following the execution. However, one suspect was held and charged for the murders.

On Tuesday, Shaquille “Pa­pa” Eu­gene, a suspect linked to the “Sandman” killings was shot dead near his home in Maraval. The five detained will likely be questioned about the man’s death. According to reports, three other shootings have been connected to the deaths of Mieres, his wife, and his two bodyguards.

Moonilal questions why migrants still entering T&T; says this is why COVID is increasing 0