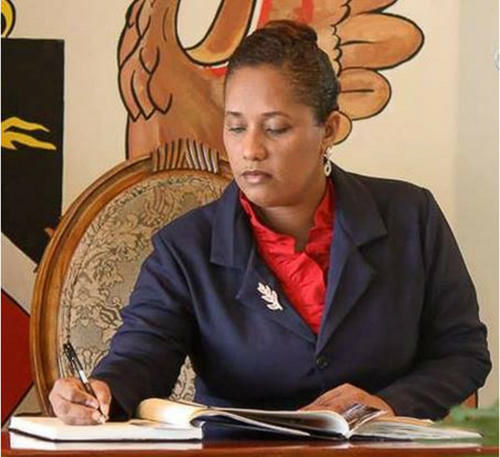 Arima Mayor Lisa Morris Julian wants to create a separate identity for D’Abadie-O’Meara, as the next representative of that constituency.

She told the Power Breakfast Show on Thursday morning, that the area falls within the general administrative district of Arima, and most people identify with Arima as their place of residence.

She said wants to make the constituency a family-oriented area and a safe space, where residents should be proud to be a part of.

Asked her views on abortion, she said she was pro-mind your own business.

Morris- Julian said while her views are conditioned by her religion, she felt people should be allowed to have their own choices on a matter such as this.

Morris-Julian was chosen as the PNM’s choice for the D’Abadie/O’meara seat.

She replaced Ancel Antoine who made some controversial statements about the United States while speaking on a PNM platform.

Meanwhile, Political Leader of the Congress of the People, Carolyn Seepersad-Bachan says her party is fielding four candidates in the election.

She said she will contest the St Augustine seat.

Tobago readies its schools for CXC exams in July 0

Statement by Minister Stuart Young on his fall 0