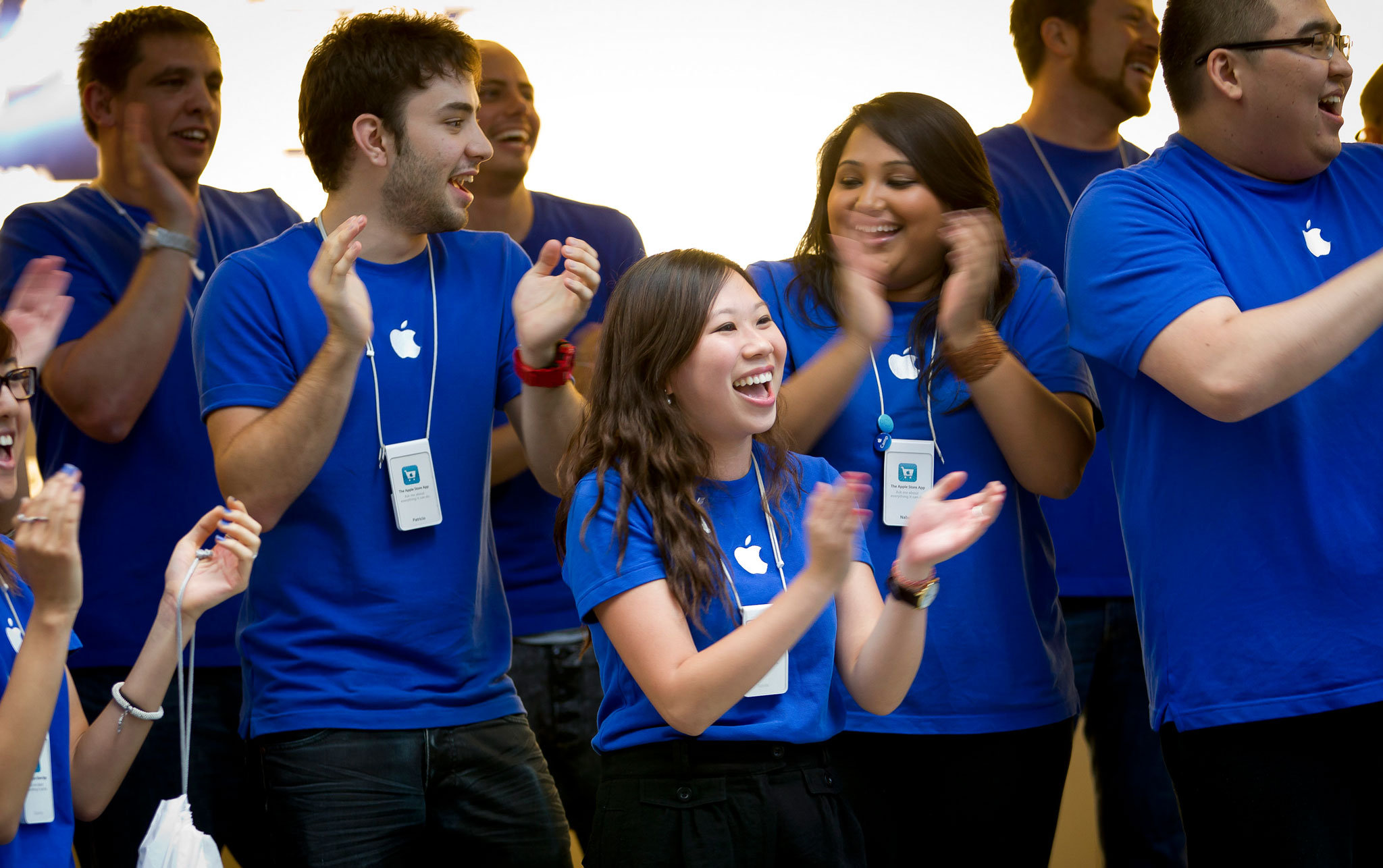 Workers at an Apple store in Maryland have voted to form the tech giant’s first retail union in the United States.

The employees of the shop in Towson passed the measure 65-33, with about a dozen abstentions.

After the result came in, the group tweeted: “Now we celebrate… tomorrow we keep organising.”

It is the third Apple store to launch a union drive this year, but the first to successfully hold a vote.

The new Apple Core union – short for the Coalition of Organized Retail Employees – penned an open letter to Apple in May, saying its bid was “about us as workers gaining access to rights that we do not currently have”, but that it did not want to “go against or create conflict with our management”.

Other Apple stores in Atlanta and New York, have also made moves toward unionisation. Staff in Atlanta, however, have delayed their planned ballot, with the union involved – the Communications Workers of America – alleging anti-union activity by the company.

Unions are less common in the US than in many European countries, but are still protected in law. Forming one involves either the company voluntarily recognising a union, or workers gathering signatures from at least 30% of employees so that the National Labour Relations Board can hold a formal election.

News outlets have alleged that Apple has hired a law firm known for its union expertise, and collated “talking points” for its management teams to dissuade employees from signing up to one.

In April, Motherboard released an audio recording of retail vice president Deirdre O’Brien telling employees that while she recognised the right to join a union, “it’s equally your right not to join a union”.

“I’m worried about what it would mean to put another organization in the middle of our relationship, an organization that does not have a deep understanding of Apple or our business,” the released audio says.

Core also had the backing of a long-established union, the International Association of Machinists and Aerospace Workers. Its president, Robert Martinez Jr, congratulated the Apple employees on what he called a “historic victory