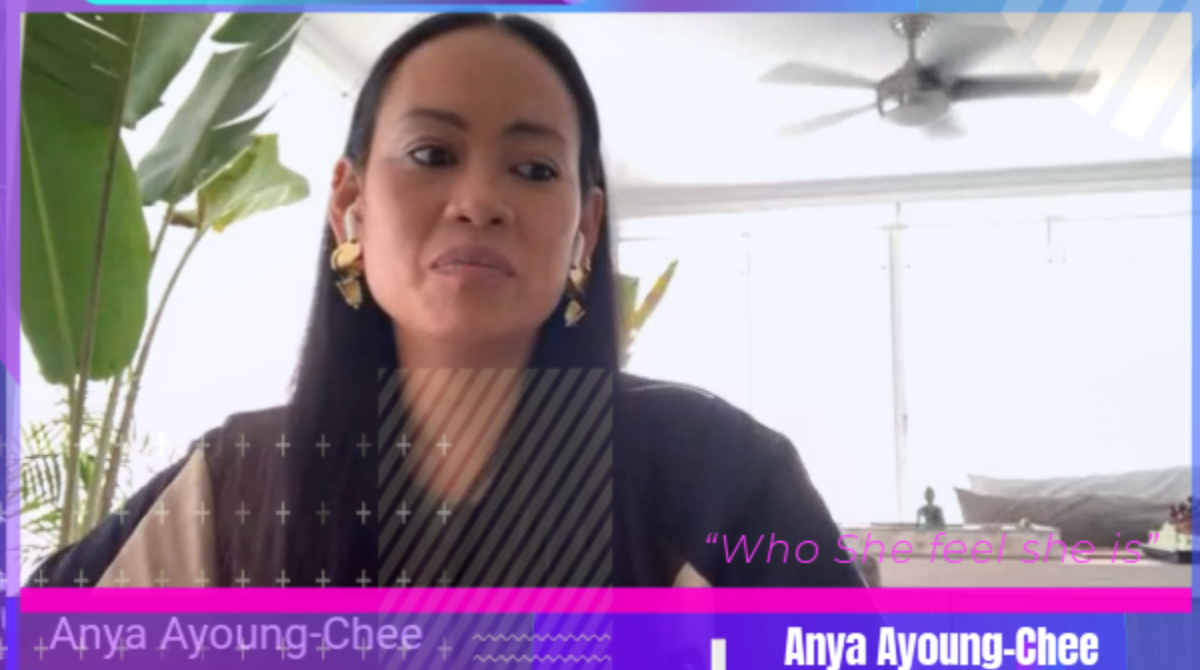 Anya Ayoung-Chee is no stranger to the bright lights. In 2008 she competed at the Miss Universe pageant in Vietnam for her native Trinidad and Tobago, during which she had the opportunity to design some of her wardrobe. In 2009 she launched her first collection Pilar, named after her younger brother. Several years later, Anya inspired millions when she won the 9th season of the popular US television series, Project Runway.

Anya also faced many challenges which have moulded the amazing women she is today. She a few years ago stated “leave she alone’ a movement which united artists, sports men and women and people from all walk of life , sending a message to abusive men to respect and protect our girls and women.

In spite of her relatively new role as mother and wife, this trailblazer continues to make waves. This time with a new initiative called ‘Who she feel she is’. This is a coliqual phrase which in T&T local language is divisive and questions a woman’s sense of self and accomplishment by asking the question…”Who she feel she is” with undertones suggesting that the person should not be celebrated or should not have the self assurance and confidence that she exudes. Anya turns the usual negative on it’s head into a positive. Its a celebration of Caribbean women in leadership. She spoke to Dennise Demming about the initiative:

Atlanta woman arrested for biting relative who refused to pray 0