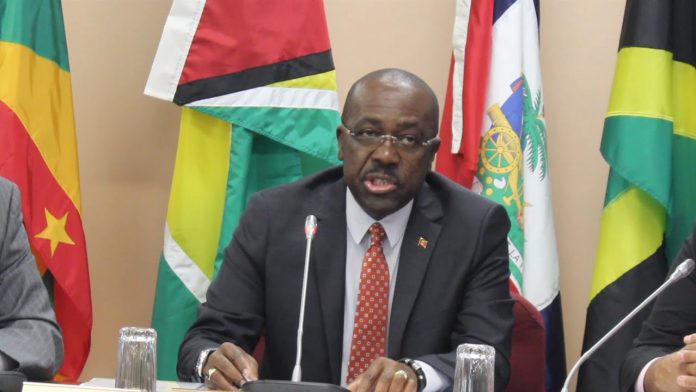 Antigua And Other Caribbean Islands Worried About New US Immigration Policy

The Antigua and Barbuda government is among the many Caribbean governments that have expressed concern over Trump’s new immigration policy, describing it as “frightening”.

The new rule, as being advocated by the White House adviser Stephen Miller is being regarded as a critical piece of President Donald Trump’s America First immigration agenda and is aimed at reshaping the immigrant community.

The new regulation is aimed at hundreds of thousands of immigrants who enter the country legally every year and then apply to become permanent residents. Starting in October, the government’s decision will be based on an aggressive wealth test to determine whether those immigrants have the means to support themselves.

Poor immigrants will be denied permanent legal status, also known as a green card if they are deemed likely to use government benefit programs such as food stamps and subsidized housing. Wealthier immigrants, who are designated as less likely to require public assistance, will be able to obtain a green card.

Officials said the program would not apply to people who already have green cards, to certain members of the military, to refugees and asylum-seekers, or to pregnant women and children.

Immigration and Foreign Affairs Minister EP Chet Greene said Antigua and Barbuda should prepare to deal with the consequences of this plan is implemented.

“If it goes forward, I mean you could be surprised to see the wave of returnees to these parts, as persons are forced out because that’s the effect of it… it forces you out of the system,” he said.

“I can only hope that the forces aligned to fight this back are successful, but in the meantime just encourage our diaspora community to be mindful of what is happening: the many changes, the shift in policies taking place in the United States to be sure that they have their own game plans in place, to protect themselves, to protect their families,” Greene told the state-owned ABS Television and Radio.

Greene said that some people are returning home with real hard seasoned criminal traits learned in the North American capitals.

“Do we have in our own space a police force, a military and paramilitary services that can deal with, respond to and can really deal with these guys that are coming with first world criminal standards” he added.