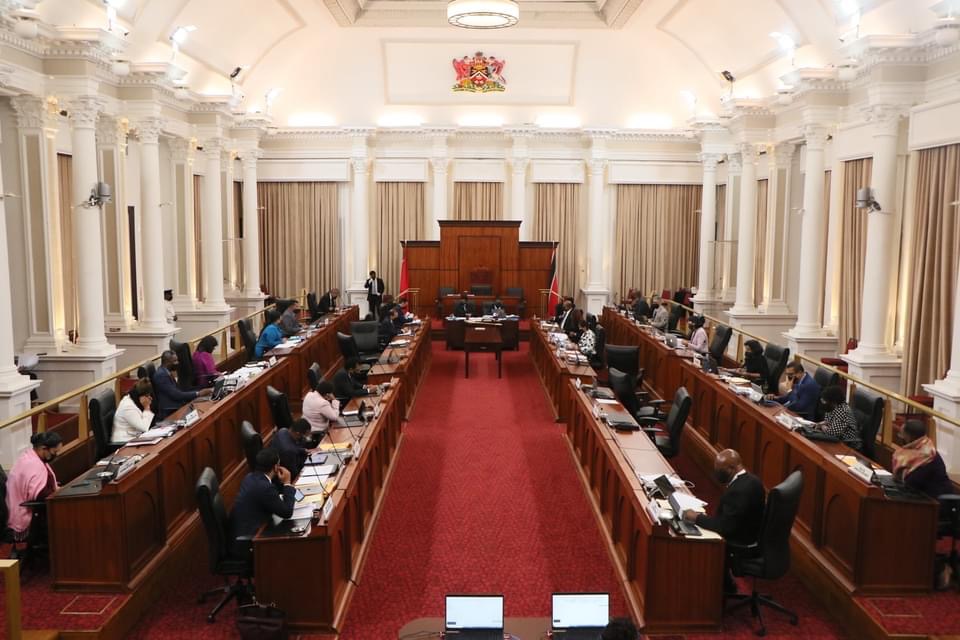 The Anti-Gang Bill was passed in Parliament, 24 with yes, six abstentions and no negative.

The Bill was debated today in Parliament Tuesday March 17.

The Anti–Gang Bill, 2021 seeks to make provision for the suppression of associations created for unlawful or criminal purposes and for the better protection of the public.

The Bill also seeks to make it an offence to, inter alia, be a member of a gang, to be in possession of a bullet-proof vest, to participate in, or contribute to, the activities of a gang, to support or invite support for a gang, or to harbour or conceal gang members or recruit persons to a gang.
The Bill contains 20 clauses and two Schedules.

Clause 1 would provide the short title of the Act for which this is the Bill.

Clause 2 would provide for the Act to come into operation upon Proclamation by the President.
Clause 3 defines certain terms used in the Bill.

Clause 4 seeks to indicate the type of evidence which may reasonably show or demonstrate the existence of, or membership in, a gang.

Clause 5 seeks to make it an offence for a person to be or become a member of a gang.