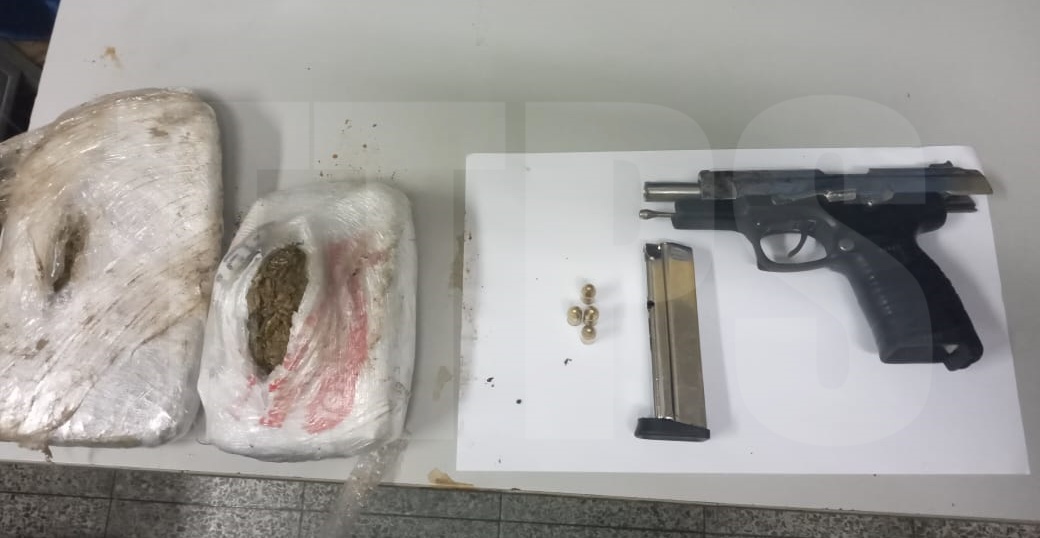 A firearm and quantities of ammunition and marijuana were discovered by officers of the Northern Division Task Force, Area Central, during an anti-crime exercise conducted in Arouca, yesterday.

During the exercise, several search warrants were executed throughout the Northern Division and a comprehensive search carried out in an open bushy rea off Thomas Trace, Arouca. Hidden in a dasheen patch, officers found three packets containing 1.062 kilogrammes of marijuana, along with a pistol loaded with a magazine containing four rounds of 9mm ammunition. Investigations are ongoing into the find.

Meanwhile, one man was held on outstanding warrants and another issued a ticket for failing to wear a face mask.

The exercise also included officers of the Area East Operations Unit and the Canine Branch.

Government Asked To Set Up A Task Force To Monitor Covid-19 In Trinidad and Tobago. 0